Home
Movies
Who are Jaina and Jacen Solo? 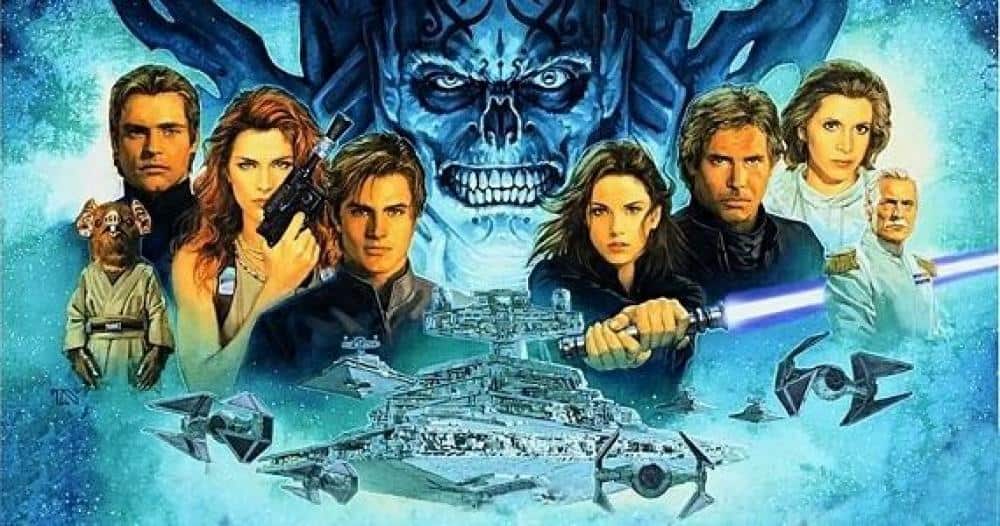 Star Wars was a huge success, which is why a wide range of authors started producing a wide range of secondary material for the franchise that became called the Expanded Universe. Some of this material wasn’t bad, whereas the same can’t be said for some of the other material out there, which is perhaps unsurprising considering the sheer amount of stuff that was churned out over the course of decades. With that said, it is important to note that the secondary material wasn’t restricted to the timeline of the movies but was perfectly willing to play with time periods that preceded, were concurrent, and followed the movies.

What Happened to Jaina and Jacen Solo?

For instance, Jaina and Jacen were threatened by kidnappers when they were still children on numerous occasions in the Expanded Universe. One example is how Grand Admiral Thrawn sent commandos to kidnap a pregnant Leia because of his pact with a mad Jedi named Joruus C’baoth, who was actually a clone of a Jedi master named Jorus C’baoth. Another example is how Jaina and Jacen were caught up in the Emperor Reborn’s attempt to kidnap the entire family so that he could possess their younger brother Anakin Solo, which was every bit as ridiculous as it sounded.

Eventually, Jaina and Jacen grew up enough in the timeline of the Expanded Universe that they started having adventures of their own, which resulted in a secondary cast springing up around them. For example, there was Chewbacca’s nephew, who has the not particularly imaginative name of Lowbacca. Likewise, there was Tenel Ka, who was the princess of an independent polity as well as Jacen Solo’s eventual love interest in the Expanded Universe. It is in this period that the two developed distinct personalities of their own in the secondary material, with Jaina being the passionate one with a mechanical aptitude and Jacen being the sensitive one with a better ability to get along with living beings.

In time, the twins became old enough to become involved in various setting-wide events such as the Yuuzhan Vong War and the Swarm War in a major way. By this time, the twins were full-fledged adults, which in turn, meant that they started taking up roles in the fall-redemption cycle that was so beloved and so overdone by the Expanded Universe. In the end, it was Jacen who fell to the Dark Side by being convinced that it could be used for altruistic purposes, which was proven to be very wrong when he committed a series of atrocities. Eventually, it was Jaina who killed him after training with Boba Fett and the Mandolorians for that precise purpose, which received a fair amount of mockery from much of the fandom because their Jedi-killing record was no better in the Expanded Universe than on the movie theater.

With that said, Jaina’s record in the Expanded Universe wasn’t that much more uplifting. She married Jagged Fel, who was the son of an Imperial ace and Wedge Antilles’s sister because the Expanded Universe sometimes had a habit of what seemed like making everyone related to everyone else. Regardless, they apparently went on to rule the Imperial Remnant, with the result that their descendants winded up ruling over the galaxy at the head of a restored Empire. Granted, the Expanded Universe made some effort to make the polity sound better than its immediate predecessor, but considering that everything that had happened, it was something of a thematic mess to say the least.

Summed up, Jaina and Jacen Solo were the twin children of Leia Organa and Han Solo in the Expanded Universe, which is now called Legends so as to minimize confusion with the new Expanded Universe that has formed under Disney’s ownership. While they had their moments, they were in the end, treated poorly because of the Expanded Universe’s storytelling tendencies, which was a real shame for people who remembered when their narrative potential was still in the process of being unveiled.