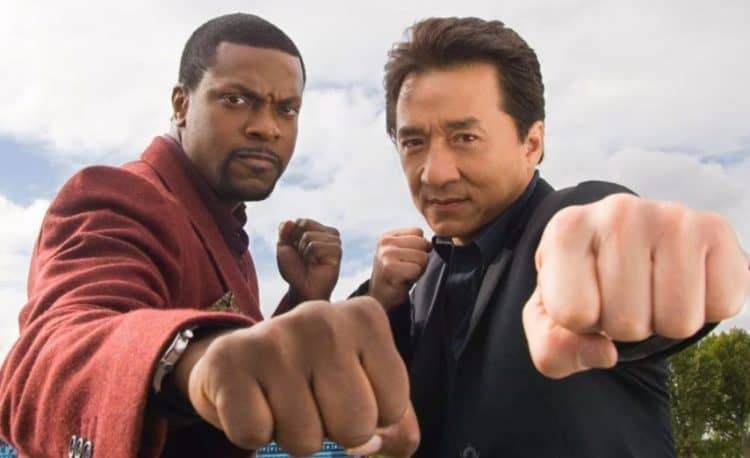 This one should be easy to guess since almost every time we’ve seen Jackie Chan on the big screen he’s been a cop or someone that’s out to beat up the bad guy because of…reasons. In other words, he’s been typecast so many times as a guy from Hong Kong, whether he’s a cop or not, that he simply got tired of playing roles that had him doing pretty much the same thing. Some actors don’t mind doing this and fall right into the typecasting trap, but Jackie has been wanting to show that he has more range than this for a while, and that was what gave rise to the role of Mr. Han in The Karate Kid remake with Jaden Smith. It’s also what helped inspire him to star in The Foreigner with Pierce Brosnan since it didn’t focus as much on his fighting skills and allowed Jackie to tell more of a story since his characters had more to their overall arc than just their ability to fight. Escaping roles that have him playing characters that have fighting experience and know how to handle themselves isn’t bound to happen anytime soon, but this part Jackie doesn’t appear to mind since he’s fully on board with showing off his fighting abilities, but he’d rather be seen as an actor that knows how to fight than just an action star. That’s understandable since it allows him to remain versatile when taking on various roles and can open up a lot of other possibilities that he can entertain.

When looking at what he can do without needing to be the guy that’s using a ladder to fight off a group of three or four guys, it’s actually pretty impressive since Jackie is a rather good actor. We haven’t managed to see a lot of this since most of the time in his career he’s been pulling off stunts and moves that are nothing short of amazing and yet have become a large part of any role that he’s played in. When he took on the movie The Forbidden Kingdom and had the chance to fight Jet Li on screen, that was pretty impressive since watching the two men square off with each other, even if it was for a movie, was nice since it showed a definite difference in their styles and their acting ability. But when he took on the role of Mr. Han in The Karate Kid remake it wasn’t just for the fighting skills that he brought to the movie, it was the fact that Mr. Han was a broken person since he’d lost his wife and child and had nothing else to do but play handyman around the apartment complex and fix up his old car just so he could trash it again and then have something to fix once again. In short, Han was stuck in his own head so often that the job was probably the only thing keeping him together until Dre and his mother showed up, and especially until Dre gave him a reason to focus on something else other than his pain.

In The Foreigner, he plays a restaurant owner with a somewhat dark past since he was forced to watch his daughter die in an explosion that had nothing to do with either of them but was the work of an extremist group that was trying to make their voice heard within the wider world. When he went after those that could have given him the names of the bombers it became a one-man mission that saw him bomb a bathroom to make a point, then harass Pierce Brosnan’s character as he continued to ask for the names of the bombers. Once he found the bombers he went in and took them all out, right from under the British authorities’ noses as he escaped at the last second. So despite the fact that there was fighting, he wasn’t the same type of character since he was a highly trained, former soldier that owned a restaurant and was a civilian at the time he went after those that had caused the death of his daughter. Even better, once he was done with his task he went back to his life as a restaurant owner, and the authorities, who couldn’t help him to start with, kept watch over him but figured that they owed him this much, and therefore left him alone apart from surveillance. The movie wasn’t exactly a blockbuster, but it was proof that Chan can do a lot more than just perform death-defying stunts that are fun to watch. He’s always going to be remembered for movies such as The Legend of Drunken Master and Rush Hour, but it’s great to know he can do much more when he puts his mind to it.