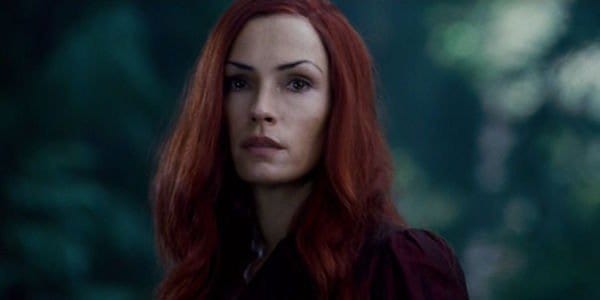 A lot of fans might say ‘why not?’, but since it’s Disney at the helm it’s likely that Famke Janssen might not get the call for another X-Men movie. She’s definitely ready for it, and a lot of fans would no doubt love to see (yes, me too), but the hope and prayer that might be needed for such a thing is possibly a little far-fetched simply because, well, Disney likes to do things their way. But given that she and Sophie Turner have done a pretty good job of representing Jean Grey in the movies it would be entirely feasible to see them both in a movie at one point, perhaps if Disney redid Days of Future Past or took on another angle in which varying timelines were forced to collide. Imagine if Disney somehow managed to get Hugh Jackman back for such a movie and had him meet up with a younger version of himself. How many fans would go nuts for that? In terms of who did it better, however, Turner or Janssen, it’s not really a fair comparison since they were both taking on Jean Grey at different points in her life. While Turner was playing Jean when she was still young and not entirely certain of her power or her place in the world, Janssen had a very good handle on where she fits in and what her role was on the team. Jean Grey has, in the past, been kind of taken for granted as one of the X-Men, which is amusing since she’s one of the most powerful, if not THE most powerful when she has the Phoenix force at her disposal.

Of course one of the only problems is that once she becomes the Phoenix there’s a possibility that she might be too dangerous for the team to handle. The Dark Phoenix saga, which was bungled in the last movie, unfortunately, was one of the most intense periods in the comics for the X-Men since it brought up a lot of issues and made it clear that Jean was no longer fully in control. But there are other issues that the X-Men have had to deal with in the past that would facilitate the need for Famke to come back, largely because as an older and hopefully wiser Jean Grey she’d be able to do more and be more of an asset and less of a liability to her team. Just think of the many storylines that are out there, such as the Inferno story, or perhaps something from the Ultimate X-Men line that would be kind of interesting to see. Maybe, given that Jean is fully into the Phoenix mode now, we could even see things go forward on a cosmic level and meet the Shi’ar, an alien race that the X-Men have had plenty of dealings with, or the Brood, another alien race that is downright vicious and has made their way to earth in the past.

The only thing stopping Famke or anyone else that’s been associated with the X-Men in the past from getting the call is the Mouse House and their final decision to say yea or nay to anyone. But realistically, Disney would be kind of foolish not to take advantage of those that have already taken on the parts and know what they’re doing, even if they’re bound and determined to do things their way and start all over so it can be ‘original’. Did that sound cynical? Good, because at this point thinking that Disney is ALL original is about the same as thinking that any movie remake out there is just pulling the story out of thin air to create something entirely new. Famke and several of those that have helped to make the X-Men into something that people would even remember do deserve the kind of consideration it would take to at least think about a story that would be able to include them and possibly bring the past and the present together or, in one of the best ways, pass the torch to the next generation. That idea used to actually mean something and it was great when it happened since people had a sense of pride in the movies upon seeing this since it meant that an actor actually recognized when it was time to give the spotlight to someone else. It doesn’t mean they give up on acting altogether, but it does mean that they hand off some of the responsibility of entertaining the masses to others. If Famke was brought in for this it would be some kind of awesome since it could easily be done with others as well.

Well, we’ll see what happens, since Disney’s convinced everyone that the X-Men will return, but not for a while.