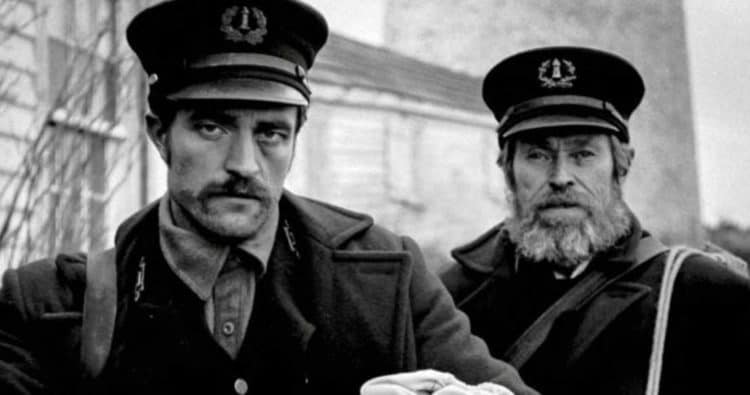 Jeremy Dick of MovieWeb and many others are wishing the best of luck to Robert Pattinson when it comes to landing an Oscar for his part in The Lighthouse but at this point it’s likely best if no one bothers to celebrate just yet. Just this year there’s been a lot of talk surrounding his casting to the next Batman movie and a lot of people stating that they didn’t think it would work. This of course has to do with the extensive work he’s done in the Twilight saga, but as Jeremy points out there have been other roles that have come along since Twilight that have sought to establish Pattinson as a true talent and someone that can move beyond a franchise that defined his place in show business at one point. It does seem as though it was a bit difficult for him to move past the whole Twilight saga, but since then he’s shown that he’s got a lot more going for him than being a glittery vampire that hasn’t yet figured out how to deal with the stress of a long-term relationship.

It’s not like he hasn’t won any awards in his career. He’s been nominated many times and won several awards that are meaningful enough to have contributed to his standing in show business, but an Oscar seems to be the epitome of one’s career, a statement that says that they reached the top of the mountain and have achieved what everyone else is going for. It’s the top spot, the prize, the light at the end of the tunnel, and so on and so forth. But what then? Gabbi Shaw of Insider once wrote about the Oscar Curse, which is basically something that a lot of people might not want to believe in since it doesn’t happen to everyone, but it’s still something that bears some looking into since once you hit that top spot things are supposed to open up and the top jobs are supposed to be easier to get. At least that’s the way that it seems it should happen. There is an idea that once a person hits that peak that there’s really nothing else to strive for, as there’s no award other than a life well lived, which is its own award, that could really top an Oscar. At that point it seems as though the fame and prestige has leveled out and the only thing a person can do is keep moving onward and try to win another, and another Oscar until the day they feel the need to retire.

Some actors go on to other ventures after winning or being nominated enough times and finding that they’d rather just act than really push for the awards. Then there are those that are determined to win no matter if they’ve done it before or have yet to mark their first W when it comes to the Academy Awards. From a personal standpoint the best way to be remembered is to make sure that people know that you’re not a one-dimensional character, meaning that acting isn’t the only thing you’re going to be known for. So far Pattinson has already established that he can act out more than one character and be convincing, but as time goes on and he continues to push for that Oscar hopefully the thought will eventually be that the shiny golden man that’s presented to those that can convince the most people that their acting is the best isn’t the most important thing about his career. It’s another award that might collect dust on a shelf, another accolade given by people that think he’s worth the attention and the praise that people heap upon him. But the best question it would seem that any actor going for an Oscar could ask is ‘what then?’.

It’s unfortunate, but in recent years the Academy Awards have become kind of a joke since it doesn’t seem as though they’re based as much on merit any more as they are on making sure that everyone is represented when it comes to gaining awards, no matter if they had the most convincing performance or not. It’s been this way for too long, and in truth there have been movies and individuals that have been awarded for putting forth an effort that’s been less than amazing over those that have poured their heart and soul into a project and were far more deserving. That’s not simply one opinion as many have echoed this for a good number of years now. It’s a hope that Pattinson will win, that he has a chance of winning, and that it won’t be enough to induce the dreaded Oscar Curse that several people have felt throughout the years. It’s also a hope that it won’t give him such a big head that he begins to think he’s above it all.