Home
Movies
Issues That The Avatar Sequels Need To Avoid 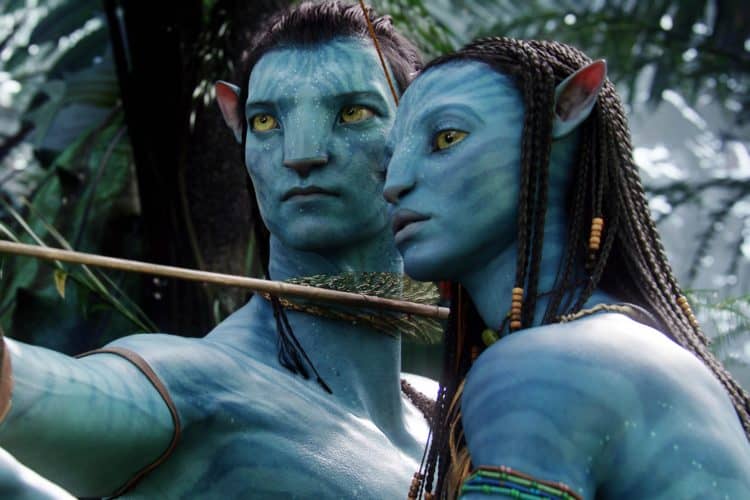 In 2009, James Cameron’s Avatar took the entire world by storm. The film saw Sam Worthington as Jake Sully, who parades around the lush world of Pandora as a human/Na’vi hybrid called Avatars. The paralyzed Marine must gather intellect and secrets to aid in the fight against the alien; however, Jake bonds with a Na’vi woman, and the battle lines between the two worlds are fiercely drawn. The film transcended the 3D experience and helped Avatar become the most-watched movie in theaters by ending its run at $2.84 billion worldwide. The film also garnered nine Academy Award nominations, winning three: Best Achievement in Art Direction, Best Achievement in Visual Effects, and Best Achievement in Cinematography. Naturally, James Cameron and the executives wanted to milk this cash cow dry, so four more sequels were greenlit. Over ten years later, Avatar 2 will finally be released in December; however, the plot still remains a mystery. Avatar remains a technical masterpiece; however, there are a few issues that the next four movies should avoid.

Story Should Be More Important Than Substance

There is no denying that Avatar is the most beautiful film you’ll ever see. It’s a technical masterpiece and James Cameron rightfully deserves the accolades when it came to this visual eye candy. However, many believe that Avatar is overrated and is only considered great because of its achievement in 3D. Unfortunately, this notion is correct. Avatar is by no means a bad movie. But the storytelling is incredibly basic and lacking. There’s a reason why none of the actors were nominated for an Oscar or Golden Globe. To be clear, none of them are terrible, but the material that they’re given doesn’t do anything interesting with their characters. Jake is just…there. His backstory and motive in the film is actually compelling but there are really no hard obstacles for him to overcome. Once Jake gets access to his legs then everything feels too easy for him. The story doesn’t really add any layers to his character nor does his developing romance with Na’vi feel natural. In theory, his morals are being tested: He’s fallen in love with this new world and culture, yet he’s made a sworn duty to help the military and government give more intel about the strange new planet.

However, there’s never any intern struggle with this plight. He falls in love and suddenly he’s fine with betraying his people for a chick he barely knows. What’s worse, is the reveal that Jake would be stupid enough to say that Na’vi would never give up their secrets in the documentary. It made his character look bad. Plus, the film moves past several ideas that could’ve made the plot more intriguing.  One of them is Norm Spellman, a guy who’s established to be the perfect Avatar and he’s a bit envious of Jake being the chosen one. Yet, the film decides to “tell not show” and this issue is quickly resolved. The supporting characters aren’t any better. Mostly everyone is there to spout exposition (and this film loves exposition) and not much else. Barely anyone gets a chance to showcase their personalities. The villains are too on-the-nose and cartoonish. You understand their motives and actions, but it’s all “end of the world” villain type stuff. The turn feels forced because the script demands that it happens at a certain point. We’re not given enough time to understand their worldview and why killing one of their own was the best option. The action is fine, but again, it’s pedestrian stuff. There’s nothing that we haven’t seen here action wise previously.

A Deeper Exploration of The Alien Planet

What truly makes Pandora standout and unique? Yeah, yeah, I know there’s different creatures and stuff, but the aliens are nothing more than just normal people. There’s nothing that separates them from humans. Same thing with the animals. The designs are cool, but what else is there to them? It would great if Cameron really immersed the audiences into the culture of Pandora. Again, I do understand that Avatar did this, but everything felt pedestrian and bland. It would cool to understand the history behind Pandora. Of what makes their world unlike earth, other than the most obvious aspects. Cameron doesn’t have to go crazy and turn pandora into a convoluted set of rules, but the planet currently isn’t something that I’m too compelled to visit again despite the rich and lush environments. I don’t know what the story will be like this time around, but hopefully we’ll get a cooler exploration of Pandora, instead of a ton of exposition.