Home
Movies
Why Was Justice League Mostly Marketed Without Superman? 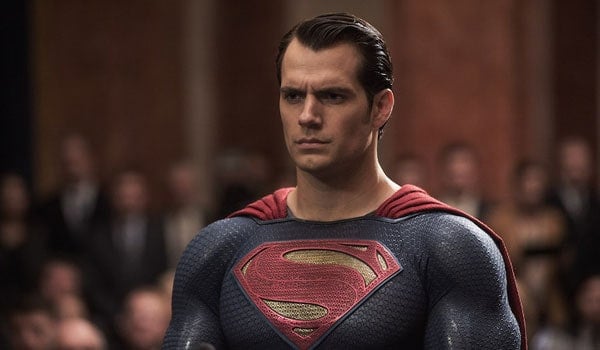 The reason that the Justice League was marketed without Superman is pretty simple. They didn’t want to give away too much too soon. That’s it , that’s the big reveal. There was no worry that he might steal any thunder away from the other heroes, no concern that he might just take over. They simply didn’t want to reveal too much before the movie was released. The problem is that what they did release was enough to get people talking about it and making up wild theories as to what could happen and what fans wanted to happen. And then the movie came out and….nothing happened.

Superman was revived with one of the Mother Boxes that Steppenwolf was attempting to collect to reshape the world, but he didn’t recognize the Justice League members at first and proved to be a little unstable. That was actually reasonable since before he died he’d just met Diana and he and Batman were just barely on good enough terms to fight alongside each other. The others he didn’t know at all presumably, so attacking them wasn’t much of a stretch. Plus, when Cyborg somehow lost control of his weapons and started targeting Superman that was a pretty big call to action.

The Justice League can just barely hold their own against Superman since they know his weaknesses in the comics, and if he was to ever just cut loose and forget about the sanctity of life then he might not be able to be stopped in time. But that’s the beauty of Superman, even in his darker phase, thanks Snyder, he has a moral code that he won’t always break unless he has little choice. But as far as overstepping the others in terms of being more popular the current state of the DCEU doesn’t really make that a problem.

Only one among them has been doing any good as of late, and she’s the only other one that’s had a standalone movie thus far. Wonder Woman still had some darker undertones but thanks to Patty Jenkins she was a brightly shining star in a world of shadow that didn’t have the same depressing feeling of the movies that Snyder has given us so far. To be honest it’s almost as if the shadows are his comfort blanket that he uses on a regular basis to shape his films. The action sequences look awesome, but they’re still so inherently dark.

So far in it’s opening weekend the Justice League hasn’t done much of anything, so keeping Superman from being overexposed wasn’t a big deal. Even touting him for everyone to see, which wouldn’t have made the surprise any greater, wouldn’t have done much. The marketing team and those in charge of actually hyping the film up kind of dropped the ball and made a film that bound to be okay into something that was more ho-hum.

Keeping the secret, that wasn’t a secret, about Superman coming back to life was something that didn’t need to be given that much attention.