Home
Entertainment
Is This Why Ahsoka Left the Jedi Order in The Clone Wars? 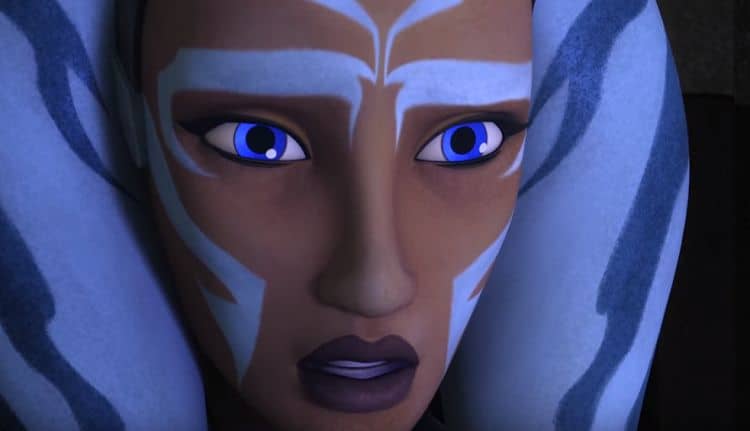 It’s kind of hard to trust anyone that can turn their back on you so quickly and deem you as a dispensable asset, especially when it happens to be those that you once felt were your only family. Ahsoka Tano’s voluntary departure from the Jedi Order wasn’t too surprising since they were quick to accuse her of sabotage when in truth it was one of her fellow padawans that was guilty of bombing the Jedi temple in the animated series, but somehow Ahsoka took the blame for it, and the council didn’t even bother to deliberate that long before making sure that her status as a Jedi was pretty much over and done with. It took Anakin’s determination to keep her around to make the council finally see the truth, at which time they would have allowed Ahsoka to rejoin the order. But how could she? After being dumped so unceremoniously it would be nearly impossible for anyone to keep the same level of faith that they’d had in the first place, especially since the thought was that anyone not on the council was pretty much expendable. The Jedi were in a few ways less than noble in how they handled Ahsoka’s case, especially given how upright they believed themselves to be most times. An order that turns on its people without a shred of proof at any given moment isn’t that loyal and it definitely doesn’t have the best interests of its people in mind.

Her exit was painful for a lot of fans to see since it meant that she had been beaten down, that her faith was lessened to some degree, and that she would be leaving the series. Ahsoka did thankfully show up in Rebels, but she was older, wiser, and still fighting the Empire, which said a lot about her character since she wasn’t one to back down from anything and her skills had definitely improved since she was able to take on the Inquisitors without too much trouble, and she even stood her ground with Darth Vader, before and after finding out that he was her former master. Ahsoka is one of the toughest Jedi in the story, even if she never formally became a Jedi. She’s been a fan favorite ever since she showed up, and despite not having broken out of her animated state just yet, at least not as far as people have seen, she’s remained a favored character that one can’t help but be impressed by since she’s been able to match several very powerful opponents in a few ways as it’s been seen.

Had she still been around during Order 66, some people feel that she might have fallen to the clone troopers, but while some of the stories might not be canon, it’s very likely that more than a couple of Jedi survived, as it’s been seen in video games and in the animates series. It’s a big galaxy, and it’s very likely that Force sensitives won’t just up and disappear entirely. But the question now is whether or not Ahsoka will be seen operating her own Force-sensitive cell, or school, in The Mandalorian season 2 since the excitement surrounding the character appearing on the show has been building for months now and many people want to know just how this is going to play out. If she left the Jedi Order, would she really try to form her own order in turn? The idea is an intriguing one to be certain since it would mean that she was ready to start again and possibly find a way to make sure a new order, or group at least, would be taught in a different manner and shown a different way to exist than the monastic Jedi Order. When one really looks at it, the Jedi were so set in their ways that it’s not too hard to think of how they were taken unaware by the Sith lord, and who they were decimated by their own troops. Of course, it’s likely that the Jedi should have been a little more attuned to the sudden switch in loyalties since their ability to sense danger should have been blaring at them full force whenever the clones were about to turn on them, but it’s still a thought that Ahsoka might not have survived had she been with the order at that point.

What is fun to think of is that we might get her take on Order 66 during The Mandalorian season 2, hopefully anyway, since she’ll have grown quite a bit in her skill and in the Force likely, and it’s very possible that she might give at least some explanation of her take on things, since those that have watched the animated series Rebels have been given a chance to hear her side of things.