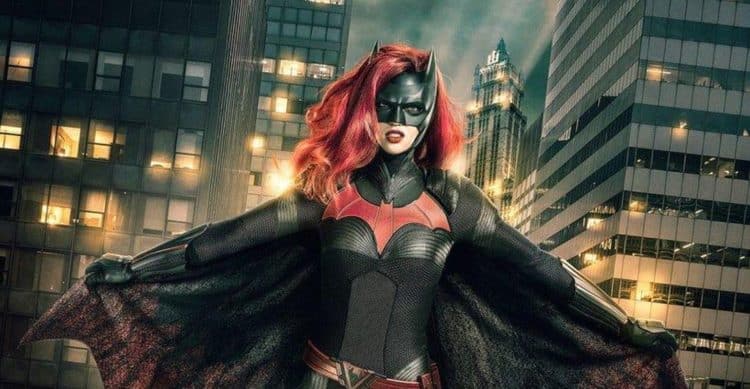 There are a couple of reasons why Ruby Rose might have backed out of the role of Kate Kane/Batwoman, even if health concerns have been downplayed by others. The fact is that she did have to go in for surgery when she felt numbness in her extremities and discovered that she had a herniated disc. That alone might have made it possible for her to make the decision to back away in order to preserve her health. While some would say it’s not the case a herniated disc is nothing to take lightly as it could lead to serious problems down the line, and even if corrected as Meg Bucholtz and AJ Caulfield of Looper have stated it was, there might still be a loss of strength and even flexibility later on in life. Stuff like this can make a person seriously second-guess themselves, and as a result tend to wonder if they still have what it takes to make the role work. Again, a number of people are saying that’s not it, that this isn’t the reason she stepped away, but there is that small little voice of doubt that’s claiming that this had something to do with it at least.

Another reason though is that she could be homesick for her native Australia and might be thinking of taking on more roles close to home. To some folks this might sound like an excuse, something to say when a person has no other reason to do something that confuses people, but it’s very real. There a lot of folks that can feel comfortable pretty much anywhere as long as they’re allowed to integrate into a location at their pace and in their own way. Still, a lot of people feel close to a location, a place, a culture, anything that gives them a feeling of home, and as a result they tend to miss it when they’re gone for too long. Actors are in the habit of leaving home quite often and finding their own path in the world in a lot of different ways, and those that reach the big time tend to make their mark throughout the world in dozens of locations, hundreds in fact since for some movies and TV shows actors will head off into vastly different parts of the world for each setting. After a while a person might actually get homesick or simply want to go home and unwind. If this is the case it could be that Rose needs some time at home to just kick back and let things be as she takes it easy and perhaps takes on a few roles that might be a nice change of pace. Paul Tassi of Forbes had another reason that might be kind of sound.

The search for the new Batwoman has no doubt already started, but who gets the nod might take a little bit since not only is the shutdown still in effect, but it’s also likely that whoever gets selected might be subjected to the same scrutiny that Rose was when she was first announced, and that could be another Twitter storm that might make another individual quit the platform altogether. If anyone recalls, the LGBTQ+ community let Rose have it when she took on the mantle of Batwoman and the shots didn’t stop coming, or even lessen, until the show was well underway. Admittedly the trailer for the show didn’t help with a lot of people since the feminist lean and lines such as “never send a man to do a woman’s job” were taken without that needed grain of salt, thereby painting the show in a very difficult light. But when it aired the show did fairly well to be certain, as people responded to it in a way that was quite positive and appeared to embrace Batwoman. But whether it’s her own personal health or being homesick Rose has made the decision to step away, which leaves season 2 up in the air as far as who’s going to take on the top spot. At the very least Rose did part ways amicably with the cast and crew as she thanked everyone for the opportunity and the chance to shine, which is a good way to leave things really since leaving an ugly, unresolved mess behind would have had the tabloids spewing one reason after another why this happened. Michael Ausiello of TVLine has his own explanation for why she left.

It goes without saying that the next woman to step up to the plate is going to have to be just as capable and just as tough as Ruby when they put on the cape and cowl since Batwoman is notorious for being one of the toughest female superheroes in the DC universe, especially when it comes to attitude. Rose, who’s played tough and aggressive characters in the past, was a good choice since despite not having the imposing physical stature, still had the ‘it’ factor that allowed her to be somewhat intimidating and definitely perfect for the role. Whoever takes over is going to need that same edge.