Home
Movies
Is There a Connection Between Fight Club and Calvin and Hobbes? 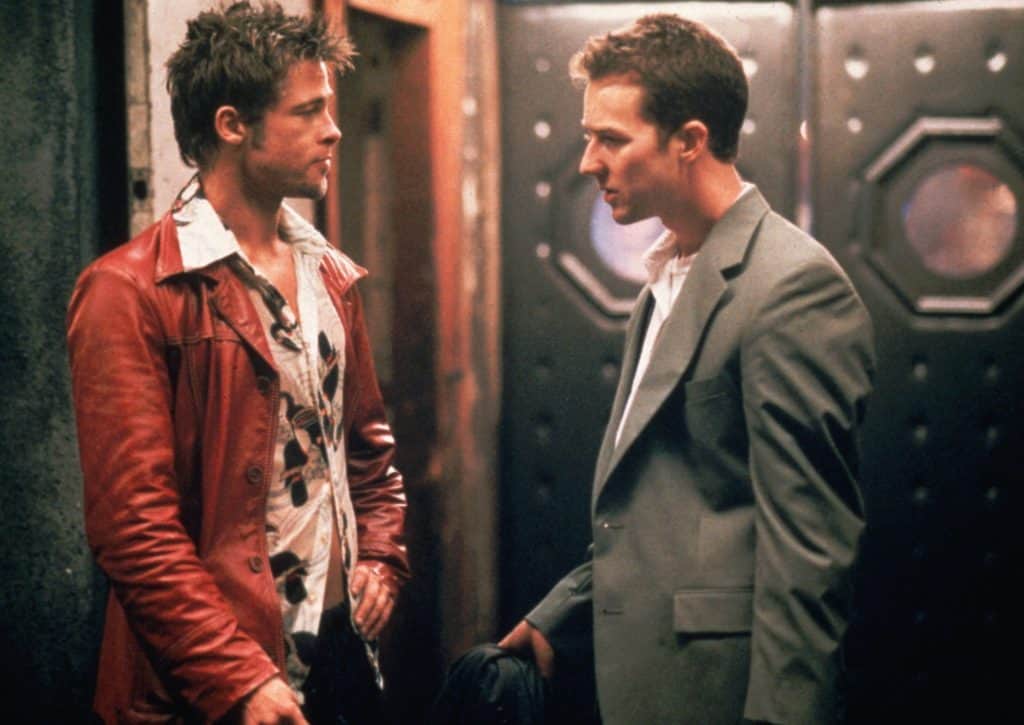 A few of the theories that people come up with about the movies tend to be rather solid and could hold water if they were really given any attention, but then there are those that feel as though they’re a fever dream thought up by individuals that are stoned out of their mind or drunk as hell, or just delirious for one reason or another. That might explain why anyone would draw a parallel between a movie like Fight Club and a classic comic strip like Calvin and Hobbes. For those that might not have managed to enjoy the fun-loving duo back in the day, Calvin and Hobbes was an interesting comic strip about a 6-year-old boy named Calvin and his stuffed tiger, Hobbes. The main thrust of this story was that Calvin was kind of a loner and relied on Hobbes as his companion, since in his imagination, Hobbes could walk, talk, and had a seriously hilarious habit of pouncing on him whenever he returned home from school, or whenever he felt the need. Calvin’s parents had no idea how Calvin always appeared to get banged and bruised up so often, but this kind of fed into the idea of Hobbes being real in Calvin’s mind, which made the strip so much better.

This is a big reason why it makes sense to compare Calvin and Hobbes to Fight Club and vice versa, and even claim that there’s a connection. Granted, the names aren’t the same, but it’s fairly easy to think that Calvin might have grown up, moved out of his parent’s home, and gone off to be his own person. Plus, the fact that the narrator of Fight Club is so invested in Tyler Durden and treats the guy as though he’s real is enough to make the audience feel that the two could be the same person.

But what about Hobbes being a tiger, you ask? Where does that fit in with Tyler? Well, the thought could be that the narrator had to leave Hobbes behind when he grew up, either the illusion was shattered or upon becoming a grownup he put that part of his life away for a while. But as he continued along the meandering course of his life, trying to fill the gap that Hobbes had once occupied with one thing or another, the empty spot evolved and became something else that was more age-appropriate to his needs. Instead of the carefree, fun-loving Hobbes, Tyler Durden stepped out of the emptiness to take up the role of the imaginary friend that had once brought the narrator so much joy and given him something to focus on other than whatever elements of his life that he didn’t care to think about. The only problem with this was that Tyler turned out to be a lot darker than Hobbes, though, in the beginning, Tyler was playful, in a rough sort of way, and even quirky since he didn’t really go that dark until later on. But the funny thing to note about this is that while Hobbes and Tyler could essentially be born from the same need for companionship, they take on very different attitudes depending on the character that thinks them up.

It’s even easy to notice that both the narrator and Calvin tend to break the fourth wall and speak to the audience from time to time, while Tyler and Hobbes tend to stay within the boundaries of the story. Some would call this coincidence or possibly point out that the director behind Fight Club might have been a Calvin and Hobbes fan or something else that could explain it, and they might be right. But the connection that can be made between the two is still highly amusing since it makes clear the idea that the two could be linked in a very intimate and in some ways disturbing way since the mental state of both Calvin and the narrator could be used to show the natural progression of a character that, as a child, is very imaginative and capable of entertaining himself for hours at a time with his best friend. That same character, when using the methods that kept him entertained and occupied during his childhood, could possibly manifest another imaginary friend that he would firmly believe was real and therefore be deemed as crazy since when adults do this there doesn’t appear to be any other explanation.  It’s not a perfect jump from one idea to the next, but it’s one of the theories that’s a little more impressive than others, especially since it does make a bit of sense. Calvin and Hobbes is a fairly violent comic strip at times, but with an element of fun to it that made the strip easy to like. Fight Club has that same kind of whimsy, but it definitely comes from a darker, more repressed place.