Home
Television
Is The Pilot Of The Informant Worth Watching? 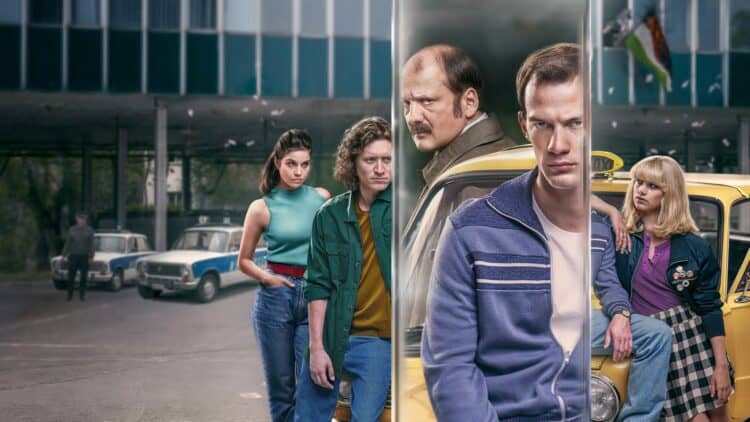 HBO Max is stacked with content. Sometimes, television shows and movies get lost in the middle of original titles on the streaming platform. That brings us to The Informant, a Hungarian spy drama that’s been overshadowed by the likes of We Own The City and Winning Time: The Rise of the Lakers Dynasty. In fact, this series doesn’t even have any critical reviews on rotten tomatoes. Shot entirely in Budapest, The Informant, follows Geri, a young man who’s about to start his studies at the University of Economics, but gets involved in a group of radicals led by the charismatic Szava; however, no one knows that Geri is actually spying for the state police. With the lack of buzz and critical reviews for this series, is it worth watching?

Based on the pilot episode, The Informant seems to be a victim of being overshadowed by everything else on the streaming service. On one hand, there’s no telling how the series ends up following the first episode but given the quality of the opening then The Informant is a strong fit for a brand that’s known for its high caliber of shows like The Sopranos and The Wire. The Informant comes across as The Americans, where Geri is blackmailed into spying on his classmate, just like Nina Sergeevna Krilova was forced to help the KGB. But it isn’t just the fact that the stories are similar, but the quality of the series as well. The Informant isn’t filled with thrilling chases or exciting action sequences, it’s a slow-burn type of show that highly depends on the characters and story, and the development of Geri and his new found journey in Budapest was a compelling watch.

The series begins promising enough. It opens with some characterization, showcasing that Geri isn’t afraid to stand up in what he believes in, but also highlights that he’s not exactly the type that fits the mold of what an informant is. This moment was a nice showcase of who this young man is, though one bit of criticism is that The Informant should’ve given more context about his world. In some regards, The Informant moves fast by giving enough detail about the protagonist, but not really thrusting into his environment before he heads off to Budapest. Geri comes across as a nice guy, but there should’ve been more layers added to him before his true journey begins. However, that opening moment did help provide the necessary information that allowed for the state police to bribe the young man. At the very least, we understand the stakes of the series and the rest of the pilot mainly documents his life going forward. Perhaps the most interesting part is his Geri’s father. I won’t dive too much into the part he plays in the pilot, but the mystery surrounding his character is certainly intriguing.

The acting in the show is pretty darn good too. Geri’s meeting with the state police is especially a standout as his facial reaction does an excellent job of capturing the feelings that’s he going through. However, it isn’t just him that carries the load, with the other notable performance coming from Szabolcs Thuroczy (The Handler). Though the entire cast plays their part well, even though it’s disappointing that we don’t get much with Marton Patkos’s Szava. To be clear, this isn’t an American series, as the Hungarian spy drama is spoken in native tongue. That means subtitles or the typical unmatched dubbed voicing. Whether that’s your cup of tea is up to you, though if you enjoyed Squid Game then you shouldn’t have a problem watching The Informant. Obviously, those two shows are completely different, but being immersed into the Hungarian culture is a refreshing setting that really makes the series standout. Granted, there’s really nothing eye-popping that really sticks out because the show is building it’s world at the moment, but it’s a treat to become accused to a new culture. Again, The Informant moves slow, but by the time the climax of the first episode ends, you’ll understand the world surrounding Geri, and the ending will definitely keep you wanting to find out what happens next. As long as you understand that this isn’t some action packed spy show with cool stunts like James Bond then you’ll be in for a treat. The Informant won’t go down as the best pilot you’ll ever see, but it’s definitely something that should be on your radar in the midst of the thousands of streaming content that’s put out on a monthly basis.