Home
Entertainment
Is Hollywood’s Cancel Culture Getting Out of Hand? 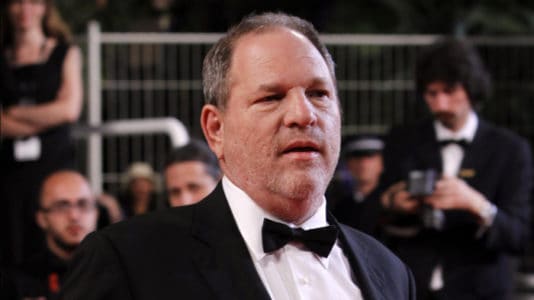 We have witnessed a number of stars lose their luster because of controversies and scandals. The cancel culture in Hollywood has somehow transformed into something more vicious and unforgiving. The rise of movements, such as #TimesUp and #MeToo have also contributed to the fall from grace of a lot of big names. People are finally having more courage to speak up and share their traumatic experiences. While this has definitely helped weed out the perpetrators in a swifter manner, the lingering question is whether a part of all this has gotten a bit out of hand. The law has taught us that every person accused of any crime is considered innocent until proven guilty. Does the same still apply to Hollywood’s cancel culture?

The rise of social media platforms has allowed for the dissemination of information to be quicker than ever. A blind item that was just released today may very well blow up into an explosive scandal tomorrow. Sources are quick to tell their version of the story, which probably makes the accused party fall into the throngs of public outrage as soon as receipts are exposed. It’s hard to believe that there are two sides to every story, especially if all evidence points to the party that is guilty beyond reasonable doubt. Nobody is spared from the wrath of cancel culture. We have seen some of the biggest names that have said goodbye to their flourishing careers and large fanbase, because of a past misdemeanor that is brought to light. High-ranking executives, such as former big shot film producer, Harvey Weinstein, is now serving time in prison for his sexual abuse cases, and award-winning actor, Kevin Spacey, is stripped off all his accolades, as well as his ongoing and upcoming projects because of sexual harassment and assault allegations. There is also the case of well-loved television personality, Matt Lauer, who was ousted from his morning show after allegations of inappropriate sexual behavior in the workplace surfaced. Pandora’s Box has been opened, and there is always the chance of us getting blindsided by the next big revelation.

Some other personalities who have gotten the short end of the stick are actors Armie Hammer and Chris Noth. Hammer has been wildly accused of cannibalism and sexual abuse while Noth has also not been spared by sexual assault accusations. It went so far as to totally cancel both actors from their ongoing projects and dropped from their future ones. Hammer has reportedly checked himself into a treatment program while Noth went so far as to deny the accusations and defend himself by saying that his past sexual encounters were consensual. At this point, there was no use to add fuel to the fire anymore, as the public had already bestowed their harsh verdict on the two actors, and convicted them even before the claims were confirmed. The damage has been done, and its consequences are detrimental.

These are just a few of the cases wherein we had to bid goodbye to a famous personality in an unexpected and untimely manner. One wrong move can make everything you’ve worked for go bust in an instant. Cancel culture can go both ways. It’s so refreshing to see the oppressed victims who were kept silent for so long finally given justice, but there is also an aspect to it that is quick to judge and harsh in its repercussions. A nice balance would be to give an accused party time to air his/her side, and for a thorough investigation to be conducted. It helps to look at the bigger picture before deciding on something, especially if the outcome is life-altering. It is only human nature to be allured by gossip and hearsay. Jumping on this bandwagon can be unfair at times if the intention is just to be entertained. Taking somebody down and discrediting this person’s life’s work is something to take seriously. Being a public personality suddenly feels like all actions are magnified and put under a microscope. Hopefully this also served as a lesson for media personalities and Hollywood stars to put their fame and power into good use. After all, these prove to be just temporary perks of the job as soon as their reputations are stained, and their careers shattered. Cancel culture is a step forward, more so for women who have been silenced and taken advantaged of for so long. At the end of the day, evil-doers need to be punished for their misdoings, and everyone must be empowered to speak their truth no matter the time frame.