Last week, V’s aliens arrived at Earth and went on to dominate the airwaves. ABC’s reinvention of the 80’s miniseries captured imaginations around the world, proving that the reliable SciFi trope of sneaky alien invaders never goes out of fashion. Where the original was an parable on the spread of Nazi-era fascism, ABC’s new turn on the series is fast being eyeballed as a morecontemporary allegory – focusing on the political idolatry of the here and know, with mesmerized earthlings falling easily under the spell of charismatic alien leader Anna, played skillfully by Morena Baccarin. It wouldn’t be a stretch to say that the role of Anna can make or break V, in Baccarin’s hand every aspect of Anna – her duplicity, sensuality, to the subtle glare in her otherwise catching smile that betrays an intense evil lurking within – is done to perfection.

We had the opportunity to speak with Morena Baccarin last week, and managed to get some insight on what goes into playing an effective alien leader/temptress; whether the show is an intentional essay on the Obama administration; and just who decided to cut off all of her beautiful hair.

How surprised were you that ‘V’ was such a huge ratings success?

It was a surprise in the sense that it is wonderful and amazing. I hoped people would come and watch because I really loved the show, and everybody did such a great job making the pilot. So I’m very excited about it, and I’m very happy with the ratings.

How do you approach playing an alien? I can’t imagine there is training for that…

There are not a lot of people you can shadow for that. It took a little bit of thought and instinct, you have to not think about it as playing an alien because if you played it as an alien it would be really bad. I’m trying to make her as human as possible, in a subtle and strange way without playing into the alien part of it.

‘V’ really seems to be a solidly ‘Good Guys’ and ‘Bad Guys’ story at this point. Do you see Anna as a straight-out bad-guy – or is there a soft-side hiding in there?

You know, I think it depends on who you ask. I think the V’s would think she is very nice. With all of the character we have on the show, they are all very multi-faceted. So one person can think someone is evil, while another thinks that they are not.

When you were asked to do the part, did you look at the original character of Diana (played by Jane Badler) for inspiration or did you start from scratch?

The whole show is a reimagining of the original, we are taking that same basic premise and we are updating it. That character [Anna] is updated, that audience – in the 80’s – had a different need, as far as the story telling, than we do today. So the Anna today is different character, she’s the leader of her people and I think a little more political and a little more diplomatic. She’s less in your face about what she is going to do, and how bad she is. There is a little more of a dichotomy of good versus evil within her, and I think that’s what makes her compelling.

Did you check out the original ‘V’ at all when preparing for the role?

I didn’t. I remember watching it when I was really little, with my brother. I remember certain aspects of it, and I remember the feeling of being completely freaked out by it. But, I haven’t seen any of it since I got the job.

Your resume includes some Science Fiction favorites – Firefly, Stargate – do you seek roles in the genre?

I really am drawn to good material, good writing, and a character I really want to play, so that is really what I judge every job on. If it happens to be SciFi, great – if it happens to be something else, that’s great too.

What do you think about some of the political observations about ‘V’? Some commentators are pointing out that it could be an allegory for the Obama administration – with Anna as the popular leader. Is that intentional?

I don’t think it is intentional to make Anna [into] Obama, but I think that there are similarities – you can compare it. I think a great show gets people thinking, and it’s really awesome that people have an opinion and see similarities to their everyday life from the show. I think that’s really exciting. We’re certainly not “Anna is Obama”, but it reminds us that we have certain needs as human beings and somebody always comes in and says they are going to deliver – and they don’t. A lot of the times they don’t. And here we are, aliens giving everyone healthcare – I think that is a really great, ironic twist.

One surprise was the hair-cut. Few woman could pull off the pixie, yet you really rock it. Was that your decision, or part of the character design?

I had short hair when I auditioned for the role and we all thought it really fit the character, so we kept it. 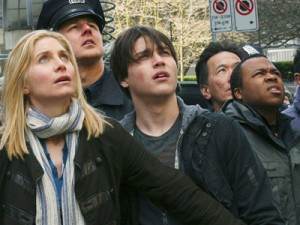 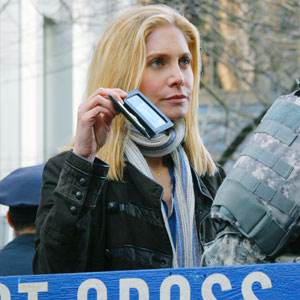 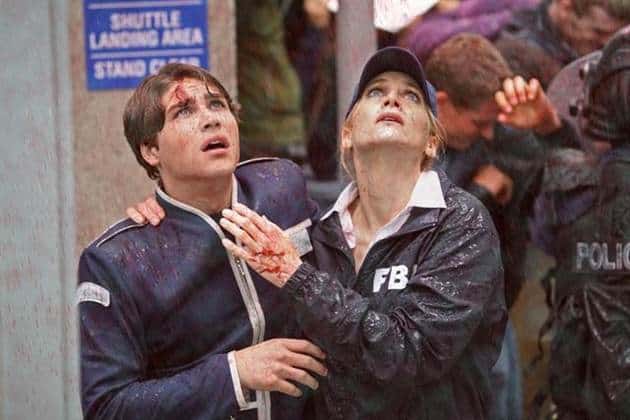 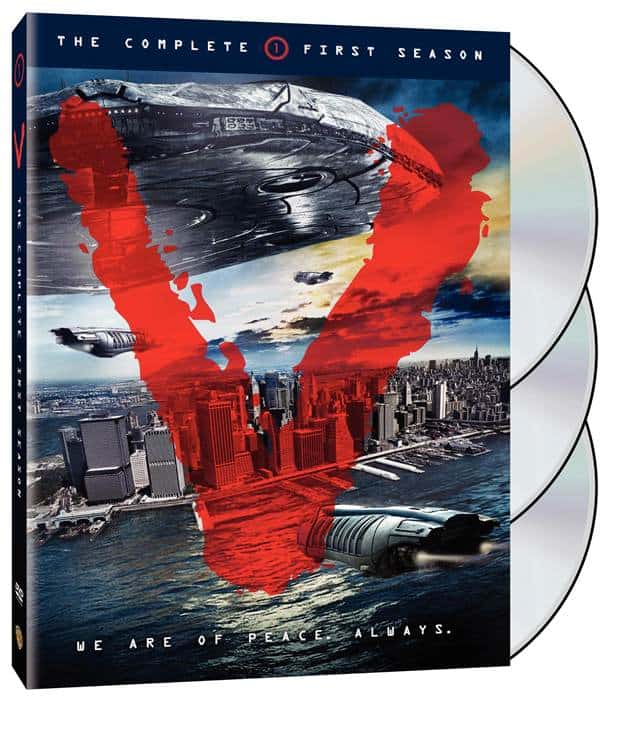