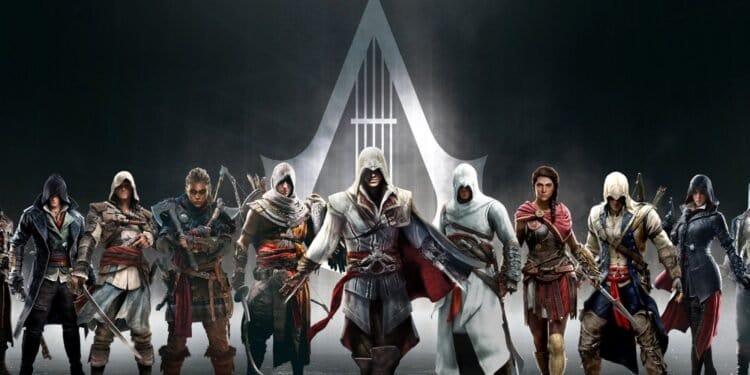 This theory would make sense, wouldn’t it? The history of Assassin’s Creed is long and impressive, and the story of the High Table has several twists and turns that a lot of people might be able to follow the entire way. So why couldn’t this be a real connection? The links between these stories are too strong to disregard since apart from the appearance, John Wick’s world and that of Assassin’s Creed aren’t too different. Granted, they are unique stories unto themselves, but as it’s already been noted in the games and other media, the Assassins have spread throughout the world, taking the Creed from one landscape to another. This is roughly the same in the John Wick movies, as there’s no one set appearance, race, or location that can claim to be THE main spot for assassins. Plus, there is a Middle Eastern individual that sits above the High Table, and Altair was for a long time the go-to man when it came to the games, at least until the game started moving forward and the Creed became far more diverse.

To think that Wick’s existence would owe a great deal to the earliest assassins from the Creed is rather interesting since from a certain point of view it could be that he would carry a legacy that had something to do with those that left behind the artifacts that those of the Creed fought so hard to procure and keep out of the hands of the Templars. It would also make a great deal of sense considering that trying to justify the cause of the Assassins and those of the Templars would fit into Wick’s world as well since rooting for those that actively kill people is kind of an oddity that a lot of people fall into rather quickly. But when the other side is just as bad or worse, it becomes a habit to pick the lesser of two evils.

Comparing John Wick to those that follow the Creed isn’t too difficult, but exposing their similarities and their differences do manage to butt up against the morality of what they do since neither of them tends to target those who are deemed innocent, as they often go after others that are notably evil and attempt to hide their actions behind false morality and the sense of a higher calling that ends up being almost entirely self-serving. But doing what is considered to be evil to eradicate evil does set John and the Creed apart from the rest of society in a big way, especially since it would appear that Wick and the assassins are often forced to endure the burden of being the arbiters of justice in a world where the word is more of a punchline than an actual belief. The pragmatic beliefs of the Creed are seen to push forward through time though, so it’s very easy to assume that they would eventually filter into the world that Wick belongs to, and influence the core beliefs of the High Table and those that follow them. But there’s also the belief that when spread too far, the Creed would begin to break down and become an archaic set of beliefs that would no longer hold sway in the modern world.

There are assassin’s in John Wick that would no doubt still hold to the Creed and see it as important for their survival. After all, there is a need for honor and respect in the world of the assassin, since otherwise, the whole thing might fall apart eventually. But even if that’s the case, the Creed would be something that might be displayed behind a glass case in one Continental or another, since the general feeling in John Wick is that it’s all business and there’s no need to make it personal, even if it becomes that way on more than one occasion. The calm, cool detachment that a lot of assassins are known for isn’t always present within the Wick movies since avarice, greed, and some underlying hint that John knows just about everyone and yet isn’t well-liked by everyone for one reason or another. It would be great to see a prequel to the Wick movies and see how a young assassin was made into the man that he’s been presented as.

It’s not likely that we’ll ever see a solid connection between the two properties, and there are likely a lot of reasons why this won’t ever happen. But the connection that could very easily exist is difficult to ignore once a person has given even a little thought to it. Maybe one of these days someone will be able to show a movie or series detailing the life of a younger John Wick, and maybe someone will be ambitious enough to trace the Creed from its beginnings to the current era in a series, but until then, all we can do is theorize and dream.