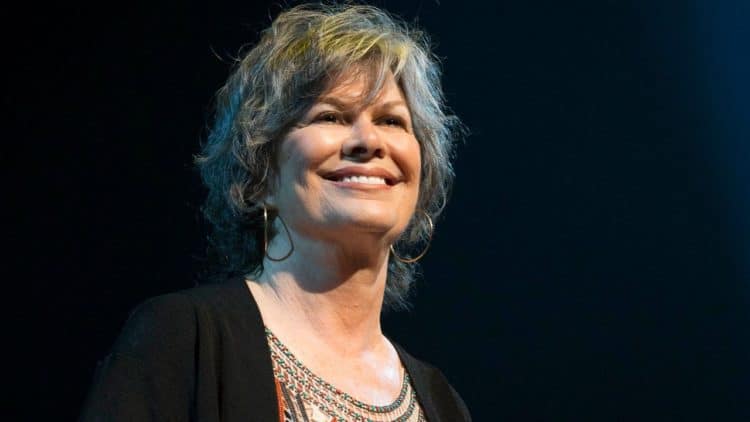 Sad to say, 2020 isn’t done yet, and the toll it’s taking on the entertainment industry is only growing as country singer K.T. Oslin has passed away at the age of 78 after being diagnosed with COVID-19. Unfortunately, K.T. had been dealing with Parkinson’s for a while as well and had not been in the greatest health. Any that want to start up a debate about COVID following her passing might want to think twice about it and simply show a bit of respect at this time for a woman that came up through the country music industry and did things her way as much as possible. Initially, her songs charted pretty low, but once she got on a roll things started happening and she became very well known as one of the more popular country stars out there. It’s likely that those who don’t listen to country wouldn’t have known her that well, but those that are avid fans are no doubt mourning her loss at this time. This has been a rough year for everyone and it’s not ending on a high note at this time with only a little over a week to go, but one thing to remember is that being grateful for being able to see the end of the year is important. Plus, being grateful that we had the chance to enjoy those that have passed on is just as important.

During her time in the spotlight, K.T. managed to win several awards for her music and was fairly prolific as she went about cementing her name in the country scene. When one looks at the roster and sees the many upon many names that have come and gone over the years it’s easy to think that she was just one more, but those that manage to stand out are usually those that need to be remembered the most since they had something the others didn’t, a little extra talent, a bigger voice, and sometimes a bigger presence than their fellow musicians. In an industry that has thousands of people thinking that they can be the next big thing, trying to be the best is something that takes more than a great voice, a new sound, and lyrics that can move those that are listening. How the selections take place in the music industry is hard to describe since a lot of times it feels as though things are fluid and tend to change with the trends since people will enjoy one type of music and then another in the span of a single day. But finding that one voice, that one song that people will like, or that someone thinks people will like, is a tough thing since it needs to be found, discovered, developed, marketed, and then released with the hope that people will still want to hear it.

Then there’s the unfortunate idea that a person can be a one-hit-wonder that will come out with one hit song and nothing that anyone will want to listen to after that. In the history of music, there have been many one-hit wonders, but K.T. wasn’t one of them thankfully as her career continued to push forward no matter if she suffered setbacks from time to time. Like many musicians, she put herself out there time and again and was successful even as she failed at times, which is fairly normal in the music industry since it’s not entirely common to see someone ride at the top without wave upon wave of intense criticism that is bound to dog at their heels continually. Sometimes it almost feels as though it’s better to be a middle of the road talent that has a lot of fans and a good deal of money but doesn’t have to worry about the press or the many detractors that tend to line up when it comes time to give their two cents. But those that make their way to the stage and attract the most fans are usually those that learn how to deal with the celebrity status and keep moving forward since otherwise they’re bound to fade into obscurity not too long after. K.T. was definitely one of those that pushed forward and made sure that her voice was heard as she continued to push her songs and did her best until age stepped in and made that less than possible. By 2016 she had moved to an assisted-living home and had been diagnosed with Parkinson’s, and from that point life only continued to get a bit harder.

It’d be nice to say that no one else will be lost before the end of the year and that 2021 will slow down when it comes to how many celebrities will be seen to pass on, but it wouldn’t be an honest statement. Rest in peace ma’am, you’ll be missed.