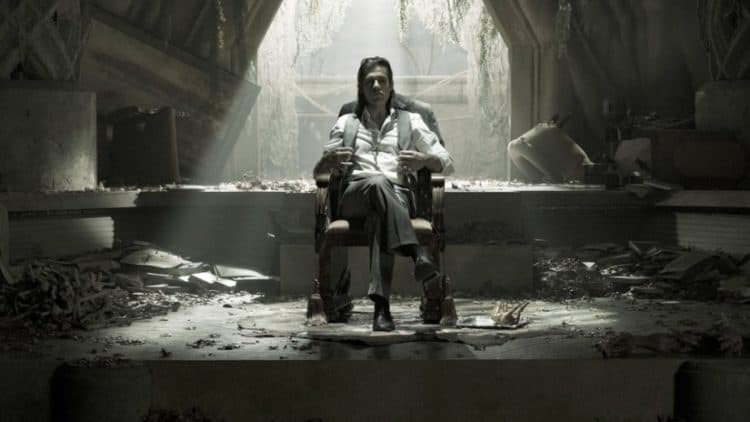 One thing that seems to need to be said when it comes to the evolution of The Magicians is that it hasn’t so much evolved as it’s been on a steady decline throughout each season in terms of how the story has been growing steadily more desperate with each episode. Don’t read it wrong, the show is enticing and alluring all at once, so there’s no reason to think that I’m slamming it or otherwise trying to troll it at all. What is meant is that the fate of the magically gifted individuals within the show has grown more dire with each season as from season one to season three the overall fate of magic and those that use it is an uncertain and very perilous thing that has yet to be fully reconciled into an ending that people will believe is anything remotely happy.

Let’s take a quick recap and look at things as they are.

Season one was a fitting beginning to the show.

Magic has already been established and is an ancient thing in season one as many people tend to like. When Quentin arrives at the academy he’s understandably taken back when he realizes that magic is all too real and is in some ways a very big threat to the world that he’s known for so long. The exclusion of Julia was a great foil to Quentin’s acceptance since it creates a kind of yin and yang within the already established system that might serve as another plot point that will become relevant later on down the line if not sooner. Julia obviously had a great desire to attend Brakebill’s and when denied would go on to try and accumulate magical power in her own way, sometimes to the detriment of herself. But this was a needed beginning since it made sure to announce that magic was real, but guarded, and the forces that controlled said magic were still in various states of flux since not everyone shares the same ideals.

In season two one of the most insane plot points came to light but it was a great way to pique further interest.

The prospect of magic dying out is something that might be seen in a video game or in a movie during which the world of magic is finally giving way to the world of the normal folk, which is kind of tragic but also kind of transitory in a way if one looks at magic as energy, which can be transferred but not destroyed or created. But in a physics-defying show like this there’s always something that’s bound to become a threat to the fabric of existence as people know it. The idea that those that were transported to Fillory to save magic might be successful is of course what most people want to hear and see since a show called The Magicians might not be all the great without magic, but the tension and the drama that were allowed to unfold as they went about trying to find a way to save the magic was something rather enticing. Plus, the fact that Julia was read to go toe to toe with a god is another point that made season 2 a little more exciting as it began to ramp up a bit.

The ‘death’ of magic.

Remember how I said that energy can only be transferred, never created or destroyed? Even magicians need to follow the laws of thermodynamics at times so in the third season when magic is said to be dead it seems as though the laws have been broken. But as you might have guessed there are always safeguards to keep everything from becoming so utterly depressing that it flat out ruins the show. The inclusion of seven keys that hold the enchantments needed to bring the magic back are of course going to be difficult to obtain, but in creating this obstacle the show still manages to show that there’s hope no matter how thin it might be. The other snag however, the fact that the denizens of Fillory are tired of being ruled over by Earth children, is one that might work against the magicians since being in another realm without magic and without any other means of really defending themselves seems like it would be detrimental to the health of the humans. That being said the challenge would only increase, as would the drama, and the potential payoff when things are finally set back to rights.

So in effect the ‘evolution’ of the Magicians is basically set by introducing them, taking away what makes them special, and then giving them a slim ray of hope to gain it all back if they can do so before those they’ve lorded over for so long decide to take them to task for their own reasons. It’s almost like a riches to rags to respect story, in a way.