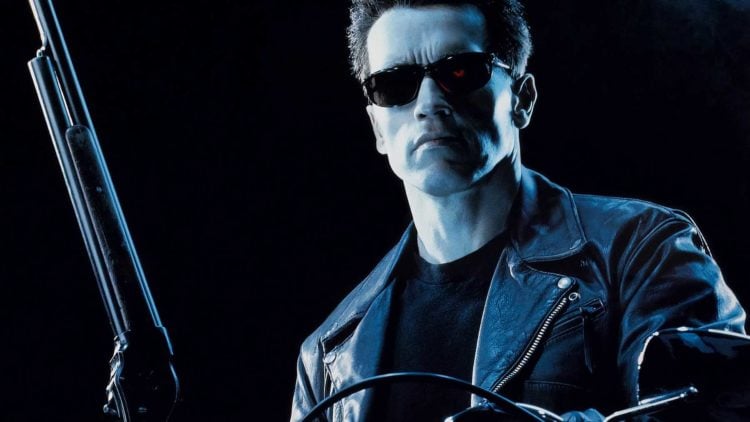 Terminator 2: Judgment Day will always have a place in movie history as it’s one of the best sci-fi/action movies ever made. The James Cameron film is essentially flawless; tremendous action that still holds up until this day, strong character development that manages to evolve Sarah, John, and the T-800, and a simple story, with complex themes. You’ll be hard-pressed to say a bad thing about the sequel whether you loved or hated it. However, that’s also the issue and why the franchise is currently dead in the water. The story of Sarah, John, and the T-800 was over. Sure, Sarah and John didn’t die, but they saved humanity from a devastating event. It marked the end for the T-800 as he understood that in order to save humanity, he needed to die as well. It was a perfect ending for a flawless film, but unfortunately, this is where the business side of Hollywood interfered.

Terminator 2: Judgment made over $500 million worldwide. James Cameron may have put an end to the story, but there was no way that executives were finished with the franchise. The crazy thing is that there was a way to continue the franchise while respecting the ending of the 1991 film. Terminator Salvation came the closest to venturing outside of the Terminator formula. The problem was that the feature was a bit bland and forgettable, and though it made over $300 million worldwide, the feedback from the movie was simply not good. So, filmmakers started tinkering with the mythology of the Terminator franchise. Say what you will about Terminator 3: Rise of the Machines, but the sequel made over $400 million, showcasing that there was interest in the product without Sarah or John Connor. So, each Terminator kept replicating the X (Terminator) comes back in time to kill the protagonist. It was a wash, rinse, and repeat system, but under a different context. Though this time, executives likely figured that Sarah and John Connor were vital to get another film past the $500 million mark.

Terminator Genisys tried to rewrite history where John Connor was the terminator this time. Arnold Schwarzenegger’s T-800 was there because of the A-list star. It never made sense that his character aged because robots don’t age. Sarah Connor was now a butt-kicking warrior that had the role of Kyle Reese. And Kyle Reese was…there? To maybe birth a new terminator/Connor baby. If you’re confused, it’s because Terminator Genisys was a confusing mess that tried to recon the original two films. The problem? People consider Terminator and Terminator 2: Judgment Day great, so while the above ideas aren’t particularly bad, it did further damage to a franchise that fans considered nearly perfect. Audiences rolled their eyes at Terminator 3: Rise of the Machines and considered it a guilty pleasure, and Terminator Salvation has its fair share of fans, but the key element is that it didn’t go out of its way to change the original two movies. By messing with the Terminator mythology, it pissed off most fans and that was no more evident by the box office numbers for Terminator: Dark Fate.

It didn’t help that now, Tim Miller decided to rewrite history again and kill the original John Connor. This is the guy who was the staple of the franchise. Just like the T-800, John Connor was a name synonymous to the brand, and he’s a character that audiences connected with. Turning John Connor into a terminator was actually an interesting idea, it just wasn’t executed properly. However, killing John Connor as if he was a no name talent? Not so much. It was great seeing Linda Hamiliton back as Sarah Connor, but it didn’t matter. There was no reason to kill off Joh Connor senselessly without purpose or meaning. Terminator: Dark Fate felt like a woke feminism film and Grace saying, “Dani, you’re not the mother of some man that saves the future” only confirmed that notion. But more importantly, it spit in the face of the franchise because executives desperately wanted to continue this series but didn’t want to dare stray away from the formula that worked in T2. None of the Terminator movies following the second entry have come close to being as good as T2. Obviously, there’s interest in the Terminator world. There’s a way to play with the universe without trying to destroy the legacy that James Cameron built. Maybe we can follow the original inventor of these Terminator machines? Or go deep into the war that forced Kyle Reese to go back in time? The story of John, Sarah, and T-800 ended in Judgment Day, and in most minds of fans, so did the franchise. It’s best to either move on from Terminator entirety, of stop copying the formula of one of the best movies ever made.