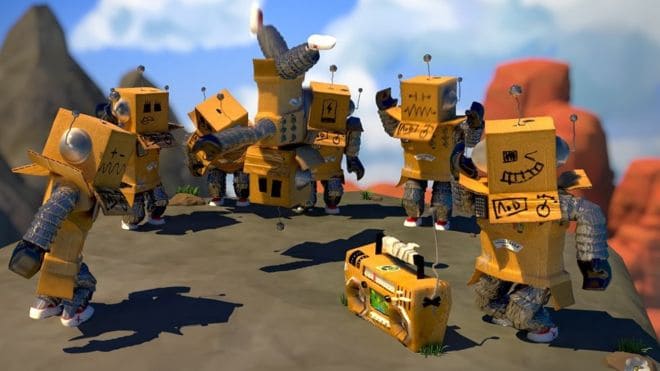 It seems kind of easy to attract users to a video game, that much has been obvious for quite a while, but Roblox has managed to attract over 100 million active users, not just people that sign up and then never use their account. That’s something beyond impressive since it means the program is one that a lot of people find worthwhile enough to keep visiting over and over in an attempt to do whatever it is they’re trying to do. As Christopher Teuton from ScreenRant explains Roblox is more of a creation tool than a traditional game, kind of like Super Mario Maker 2 in a way. It usually takes a special kind of gamer to really go in for a program in which they get to create their own games and modify them as well as sell them, but so far it would seem that Roblox features well over 69 million games that have been developed by 2 million or more users, which means that it’s kind of obvious that there are more than a couple types of gamers that frequent Roblox and many upon many that are there to simply benefit from the games created by their peers.

In a big way that’s pretty impressive since it means that not only are millions of people being allowed to continually create and change up their ideas for new and exciting games on this one site, but Roblox is continuing to grow and expand as a result since the site is after all theirs and is offering something that few if any games really can, a chance to be a game designer in a way and a gamer all at the same time. For some folks this would be a dream come true since the video game industry is a vast network that offers a wide variety of chances for anyone that has a little imagination and a story to tell in game form. Roblox made a smart move when they created this program it would seem and it’s likely that their numbers will only continue to increase as the years roll on unless another company rises up to top them in some way. That doesn’t seem likely at the moment since reaching this kind of milestone is something that takes a massive amount of interest and a great deal of continual change and evolution that make it possible for people to continue their enjoyment and use what is offered to help others do the same.

Games such a this are definitely seen to draw the more dedicated gamers and those that are simply curious as to how they work. How such games rope people in is pretty simple, they find something that people enjoy, a problem that needs to be solved, then they toss a number of challenges in the way, being careful to try to tailor said challenges to what the average individual can figure out. Once past those challenges the players that understand the game and can move on will do so and seek bigger, more difficult challenges while those stuck on the first or second challenge will either grow frustrated and quit or grow determined and continue on. In this kind of a game though, where a person can make their own game and actually profit off of it, a lot of people are bound to be somewhat dedicated when it comes to an idea they want to develop. People are almost always willing to share their ideas so long as they have the means to do so, and Roblox is definitely giving them those means.

One has to really be into a game enough to sit there and create it first, then to modify it, then to keep modifying it since people who play it are going to want to see some change, some development, and some sort of evolution within the game. But for Roblox this is ingenious since it not only fosters the ability to create and sustain something but it gives those that just want to come and play the same chance, but also the ability to pick and choose from millions of different games that they might want to try. This is the kind of platform that you can’t help but admire in a big way since obviously a lot of people have found it to be advantageous for their needs and have decided that it’s worth the effort. In fact the game has been lauded more than once for its efforts and has been elevated greatly since reaching the 100 million mark. When you think about how many users it’s managed to entice it’s very easy to say that it’s not an unknown or even fairly successful venture. Nope, Roblox is definitely a powerhouse in the world of gaming, and it’s a title that has been rightfully earned.