Home
Television
How “Leaving Neverland” and “Surviving R. Kelly” Are Making an Impact 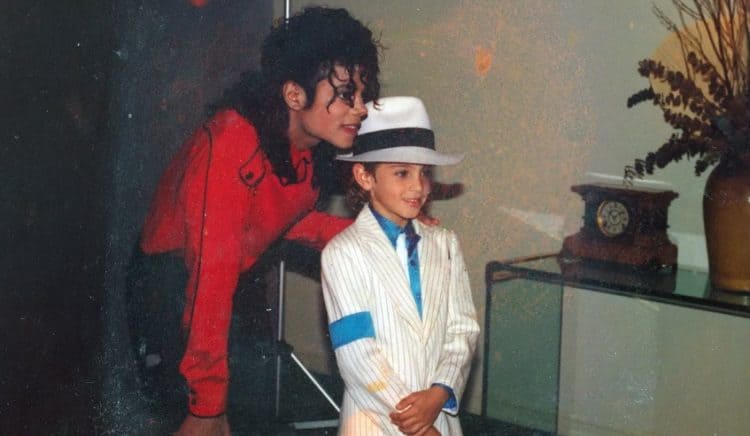 Two years ago, it would have been very hard, maybe impossible, to convince the average person that leading luminaries Kevin Spacey, Louis C. K, Steven Seagal and Dustin Hoffman are alleged sex criminals, with a history of abuse and misconduct. Today, that same person probably wouldn’t bat an eyelid if Sesame Street’s Elmo were arrested for sexual assault. Such is the seismic change that has occurred within and around our perceptions of fame, power and sexual abuse.

So, it isn’t surprising that a rash of ‘expose him’ documentaries are making headlines and fueling water cooler conversations. The two with the biggest impact — and the most dramatic consequences — are Leaving Neverland and Surviving R. Kelly. The first is a tale of alleged child abuse at the hands of superstar Michael Jackson. The second charts the rise of R. Kelly and, along with it, a remarkable tale of abuse and paedophilia.

Let’s take a closer look at how Leaving Neverland and Surviving R. Kelly are making an impact and why it matters.

We’ve Heard This Story Before

The important thing to note, in the cases of both Michael Jackson and R. Kelly, is that revelations made in the respective documentaries aren’t new. Some of the stories are new. Some of the victims are new. However, there’s no shock factor when it comes to the nature of their allegations. We knew. We know. So, the big question is, why now? How have two expose documentaries (not the first to investigate reports of Jackson’s child abuse) built up enough momentum to threaten musical legacies that were once untouchable? What changed? It’s a complex question, with no easy answers, but it’s been undoubtedly influenced by the #MeToo movement and a transformed perspective on abusers.

For the first time, the general public is confronting the notion that sexual abuse is less about gratification and more about power. Men like R. Kelly and Michael Jackson are gifted with endless amounts of money and adoration. Both spent their adult lives surrounded by sexual opportunity. Yet, they still chose to prey on the vulnerable. And both used their notoriety to blind others to the truth. The stereotype of the sleazy try hard who molests because it’s his only chance for gratification is shattered. Even in our most primitive thoughts, we can no longer equate sexual assaults with a lack of control or an overload of desire; a terrible thing but, yes, but with its root in wild, primeval behaviors. Leaving Neverland and Surviving R. Kelly are stories about what happens when we mistake lack of control for lack of empathy and accountability.

Rewriting the Book on Sexual Abuse and Power

Kevin Spacey. Harvey Weinstein. Michael Jackson. R. Kelly. The fame and power of these men tell us they systemically abused those around them because they wanted to, because they could and because they were confident the world would allow them to. None of the old fashioned excuses — flawed though they be — could even apply here. The victims of these abusers weren’t asking for it. They weren’t intoxicated or up to no good. In the cases of R. Kelly and Michael Jackson, most asked their parent’s permission to spend time with a superstar and were surrounded by a bevy of other adults and minders. Yet, the abuse happened anyway. The old excuses don’t apply and, as a result, neither does the picture we once had of sexual abusers.

And this chink in the curtain has, inevitably, led to new questions about victims and survivors of abuse. Perhaps the greatest thing about documentaries like Leaving Neverland and Surviving R. Kelly is their ability to widen the chink. With each witness testimony, the hole gets a little bigger and more light streams inside. If our picture of chronic abusers is so far wrong, we must turn to those who have learned the truth in the hardest way possible.

It’s time to stop asking how and turn to why. How could they? How would they? How is it possible? These questions leave room for doubt; he didn’t need to, he didn’t have the opportunity, he didn’t have the nature for it, etc. The why questions are scarier, for sure, but they’re questions of privilege, power and superiority. They ask not how it could happen but why we allow it to happen. Leaving Neverland and Surviving R. Kelly are an important stepping stone in our society’s changing attitude towards sexual abusers. For the first time, we’re making the decision to look them square in the face without flinching.