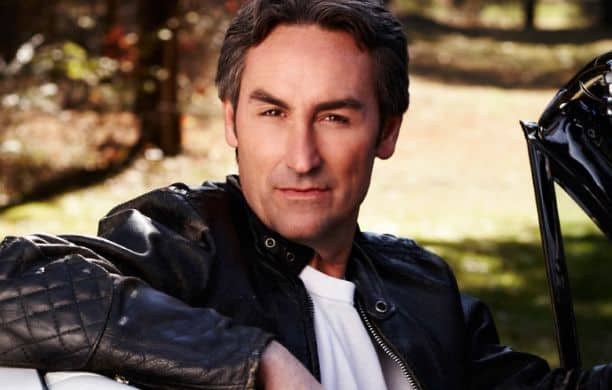 If you have ever seen the reality show, American Pickers, chances are you know who Mike Wolfe is. If you haven’t, it is a reality show on the History Channel that follows antique and collectible pickers, Mike Wolfe and his partner Frank Fritz around the United States. They visit various homes and stores to find items for resale or for their own personal collections. If you don’t know much about Mike Wolfe, read on.

Mike’s passion for junk started when he was very young. He found an abandoned bike one day, and he sold it for $5. After that, he was hooked. He started walking around derelict houses and alleyways looking or anything that he could bring home and sell. He even started harassing the local farmers. He wouldn’t let up until they let him look through their old bars for things that he could sell.

Mike was still just a kid when he made his first big score. While looking through a barn one day, with permission, of course, he found a bike. He offered the farmer $50 for the bike. The farmer took the deal, they shook hands, and Mike took the bike home. He cleaned up the bike and he sold it for $5,000. After earning a profit like that, it’s no wonder that he made a career out of picking.

Mike is an Author Who Hopes to Help “Little Pickers”

Mike was very young when he got into the picking game. He is worried that his profession will be lost on the next generation, so he wrote a book geared toward children called Kid Pickers: How To Turn Junk Into Treasure. The book is basically a how-to, teaching kids his craft. He also created a website with the same name, giving kids a social media outlet so that the little pickers can connect. Mike says that he doesn’t do what he does for the money. He does it to make sure that hidden pieces of treasure won’t stay hidden because future generations are not willing to look for it.

Over the years, Mike and his crew have gained quite a bit of fame. Mike, however, doesn’t think that he deserves the fame and the attention. He says that it is the people who allow them to go through their things that make the show. According to Mike, it is people like Hobo Jack and Prince Mongo who really deserve the credit. When Mike talks to the public about the show or when he gets fan letters, it is the people that they visit that the public remembers, not the actual items that they acquired. Mike believes that it is an honor that the people they visit open up their homes.

He Doesn’t Live the Lifestyle

Considering all of the antiques and junk that Mike takes from the show, you would expect him to live in a cluttered home, resembling that of a hoarder. His home is the exact opposite. He did an interview with the New York Times and he told the reporter that while he loves the stuff, he would never live in a place that looks like some of the places that they have picked. At the time of the interview, he owned a building in downtown LeClaire, Iowa, right by the river.

The ground floor had retail space, which he rented out to other businesses. Above the retail space was his duplex apartment. Not only was it neat and tidy, but he didn’t have anything like the things that he picked in his home. His current home, however, that’s a different story.

When Mike started doing American Pickers, he had just one store. Since the show became successful, the money started rolling in. After that, he opened a second location in Nashville, Tennessee called Antique Archaeology. He even launched his own brand. He used is fame to approach CBS with a scripted sitcom about life in an antique store. They bought the pilot, but it didn’t go much further than that. Since the show started, Mike has ventured out to be more than a picker.

He Bought His Dream House

With all of the money that Mike has made from the show, he was able to afford to buy his dream house. He bought a home in the suburbs that is 5,100 square feet, and it is set on 32 acres of woodland. The first thing that he did when he moved in was moved his collection of over 40 motorcycles to the property. Inside the home is a castle-like turret and a built-in telephone booth. He installed a 150-year-old front door on the home and the gates around the property date back to the 1860’s. Unlike his previous home in Iowa, this home is more like him. Plenty of motorcycles and lots of very old things. It is the house of his dreams.

Mike doesn’t just fix up and sell the things that he finds. He has donated plenty of the things that he has acquired to museums and to many good causes. Recently, he partnered up with a national trust so that he can raise awareness and money for the places in our communities that have been forgotten. Not long ago, he partnered with the Smithsonian to hold a national student contest to see who could find the best pick. He tried to make a television show based on the contest, but it never came to be.

He is a Husband and a Father

On September 8, 2012, Mike married a woman named Jodi Faeth. They were married in Leiper’s Fork, Tennessee and they had an “Oh Brother, Where Art Thou?” themed ceremony. They were married 8 months after the birth of their daughter, Charlie Faeth Wolfe. She was born on January 30, 2012.

American Pickers gains more popularity after each season that it is on the air. If you have seen the show and have always wanted to know the man, you know all there is to know about him now. 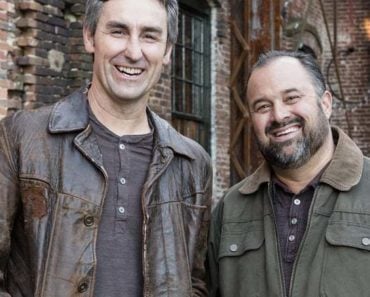 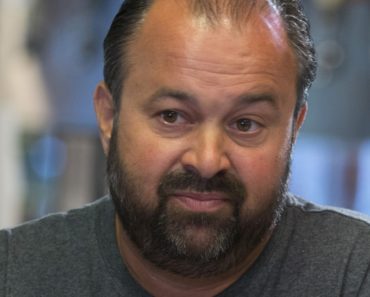 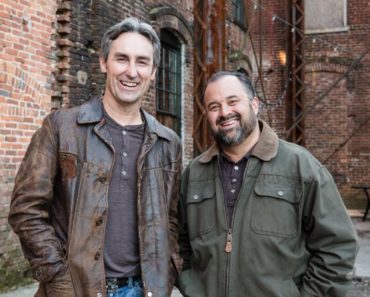