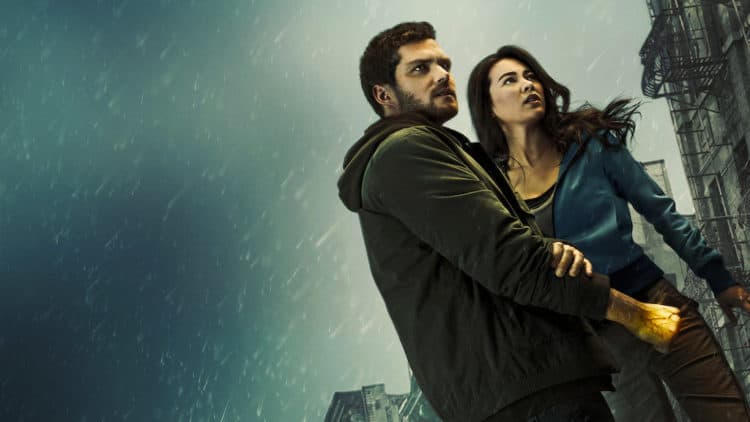 It’s no secret. Iron Fist on Netflix has arguably been coined the worst Marvel series in history. The first season was met with mixed reviews; some hated it while others thought that was simply “Ok.”  The writers desperately tried to make up for the previous season’s lackluster but failed miserably.  That’s probably why Netflix decided to cancel the series altogether. I was able to binge watch both seasons within forty-eight hours as I was anxious to see how Danny’s story was told. Although it slightly held my interest, it wasn’t enough to hold my attention for long, which is quite sad because Iron Fist had the opportunity to become one of the best Marvel series. Here are a few ways that I noticed that the writers of this series dropped the ball:

If you are a true Iron Fist fan, then you know that Danny came back to New York to exact revenge on Harold Meachum for his father’s death. They changed that with a story of a mysterious plane accident. In some ways, they do hint that Harold played a part in the plane accident, but they don’t expound on it enough, which is a very important detail. We never get to see Danny truly hold Harold responsible. In fact, for some time, Harold is able to use Danny for his own benefit, which is to free him from the grips of The Hand. Danny even ends up taking pity on Harold and sparing his life only for him to be murdered by The Hand and Danny framed for his death.

They failed to introduce Davos thoroughly

Yes, the way they introduced Davos was sad. It’s almost as if he came into the story out of the sky. The writers failed to explain the relationship and history between Danny and Davos. Instead, by the end of the first series, Davos is having tea with Joy (Danny’s childhood friend) which is weird for the viewer because they didn’t show how they met and why they would even want to link up.

Several of the scenes just don’t make any sense, and the characters make illogical decisions. For instance, when Claire decides to accompany Danny to China to help fight the hand. She backs out at the last minute when she realizes that she is no match which was obvious to viewers from the start. After all, Claire is Colleen’s student, and she is still being trained on how to fight and is hardly at the skillset to take on fighters who have been training from youth. Another noteworthy example of nonsensical characterization is when Colleen decides to try cage fighting out of nowhere. We get that the writers wanted to give her an opportunity to showcase her elite skills, but she abruptly drops the hobby and never returns.

We never really get to see K’UN-LUN

Danny frequently recounts his experiences growing up in K’un-Lun, which is one of the Seven Capital Cities Of Heaven. However, besides a few snowy mountain scenes, we never get to see what this mysterious place looks like. This problem worsens when Davos shows up, they have a mutual love for one another because they were trained by the same person. He is the only link to Danny’s past, yet we only get to see the place where he comes from later on in season 2.

Joy becomes a villain out of nowhere

Although Joy has a right to be upset that Danny didn’t tell her that her father is alive, she’s going too hard for vengeance as if he didn’t save her life and protect her several times. It makes no sense that she would be willing to hurt Danny in such a treacherous way, especially since she doesn’t have this energy for her own brother, who lied to her for years.

The Hand’s story is quite boring

The writers failed to depict the Hand for the organization they really are. The Hand resurrects the dead and puts them in positions of authority. This dark and shadowy organization is downright dangerous, and its presence should send chills through the viewer’s spine. However, the writers fail to create a sense of fear and instead expound upon their mythology. They focus more on the Hand’s involvement in the drug trade, which is just a small aspect of their activities.

As a standalone show, Iron fist is boring; the storyline feels rushed and often feels incomplete. It’s undeniably one of the weakest series in the entire Marvel franchise.