Home
Television
How Has The Love Boat Not Been Rebooted Yet? 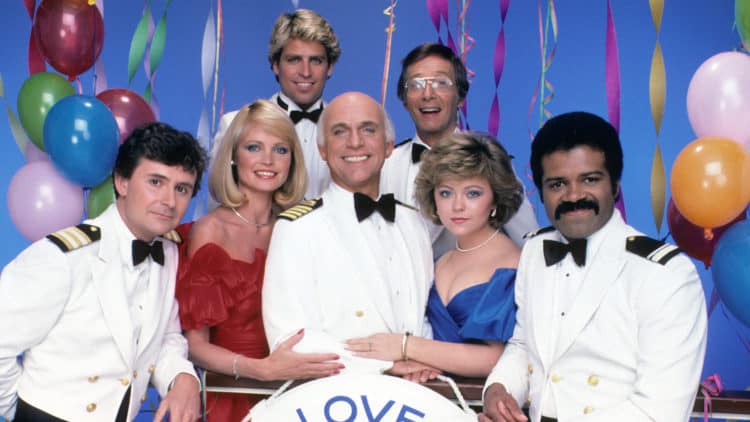 It could be that not everything needs to be rebooted these days and so far The Love Boat is proving that thought to be very accurate since it hasn’t been touched yet, or at the very least it hasn’t been brought back in a big way like several other shows and movies have. Some might wonder why and it’s a fair question but really it would be better to ask “why bother?”. Some shows were classics and need to be left the way they are largely so that people can remember them with a fondness that doesn’t need to be added onto with a cheesy or less than desired reboot that takes something that was once a classic and turns it six different ways from Sunday to find out how innovative a director can be when trying to bring something back that doesn’t need the ‘benefit’ of a new look. The Love Boat was the type of show that was adored by a wide variety of fans since it was a program that was amusing as well as touching in a big way and it was pretty easy to watch. Bringing it back for a reboot might be doable but at the same time it could be a pretty big mistake if the story isn’t treated with a certain amount of respect that many claim to have but somehow miss when it comes what’s shown on TV or on the big screen.

Reboots are unfortunately still largely uncertain acts that don’t always pay off and can even go so far as to ruin the experience for many people no matter that the originals are usually untouched. It’s the thought that the reboot is somehow insulting the original in some obscure or random way that gets many people to comment and even petition for a show to be taken off the air the moment it releases. This of course is kind of ridiculous since petitions are often treated like opinions, everyone has one but many of them can be discarded at will. In the case of TLB though it’s likely best if nothing ever comes of it and the show is left to be the success that it was back in the day. For many viewers it was just a fun show that featured a romantic lean, as Morgan M. Evans of Fox News mentions, when there were plenty of other shows such as police dramas and various sitcoms that dominated the airwaves. The Love Boat filled a niche that people enjoyed at the time and it was one of the best to do it since the content was almost always fresh and ready to entertain the viewers.

Another reason that could play into why this show hasn’t been rebooted yet is that there’s a lot going on in Hollywood right now as far as projects that have been thought up, started, and are nearing a finishing point. The time needed to go back and develop yet another old show into something that some might think would be great just isn’t there at the moment no matter how many talented directors, writers, and producers are out there and would like a crack at this. One has to have the time in order to do something of this magnitude and even if they had the time, taking on a project such as TLB is something that would require a steady hand and a serious attention to detail since bringing back something in any other way that deviates from the original source material is a risky proposition and something that can cause a show to tank in short order. For a while now it’s felt as though many reboots have been created simply because the producers and directors felt that they could offer up something equal to if not greater than the original. While some of those that have taken on such projects in TV and in the movies it’s been a challenge but it’s been successful as well, while for others it’s been a chance to bomb out big when trying to do something that’s already come around. Some shows that aired decades ago raised the bar pretty high to be fair, and matching that is not a project that be taken on by anyone less than best.

Selecting the cast would also be another tripping point that might cause a lot of people to wonder just who would be perfect for each role and whether or not they’d want to bring back the original actors for a cameo at the least. It would be respectful no doubt and kind of fun for the fans to see their favorites from so many years ago, but again it would be something that might appear a little campy. At this point leaving The Love Boat right where it is feels like the right move. Sean Daly of Fox News has a few things to say about the show that might be interesting, and might even convince people that leaving it alone would be the best idea.