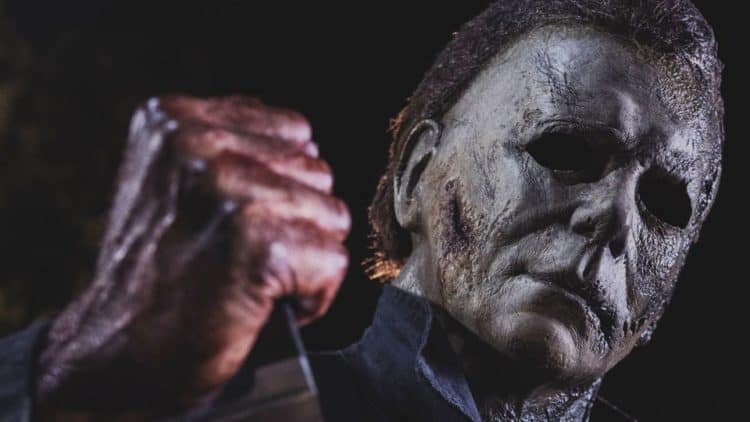 The crazy thing about Halloween Kills is that it actually has a great premise. Michael Myers has been stalking the town of Haddonfield for nearly 40 years and the citizens are fed up with being scared by the murderous brute. Suddenly, they get together to finally get rid of the man that’s been haunting the legacy of this world. However, the sequel runs into several major problems. The first: This is the Michael and Laurie show. If this wasn’t the plan all along, then Laurie should’ve been the one to die on the first Halloween. This premise would’ve worked better under that pretense because the one hope who could seemingly take down Michael Myers is dead. Instead, Strode casts a shadow in a film that she’s barely in. The focus of the first film was between Laurie and Michael Myers, so there was simply no chance that anyone other than the central protagonist was going to kill Michael.

Was Laurie’s death necessary for the plot to work? No. In fact, Laurie could’ve been at the forefront of this entire town vs. Michael plot. Laurie needed to be involved in this sequel. Her simply resting in the hospital and not carrying the plot forward is what ultimately damages the film. In fact, there’s not one character in this feature that carries the plot forward until the very end when the Strode family gets back into action. Halloween Kills features several legacy characters that could’ve served as the protagonist of this movie. Why not put Laurie out of commission? That makes it seem as if she’s on the brink of death, with one of the legacy characters stepping up and trying to stop Michael Myers for good. Sheriff Leigh Bracket would’ve been perfect for this role. During Michael’s onslaught in the very first Halloween film, the sheriff actually loses his daughter Annie. The legacy character had the perfect motivation for wanting revenge against Myers, and he could’ve been the man to drive the plot forward. His mission statement would’ve been clear: He has a duty to protect the citizens of Haddonfield and has failed on all fronts. This wouldn’t just be about the revenge for his daughter, but his failure as a police officer in general. Halloween Kills had an opportunity to play with a character of this nature, but Brackett ends up in the same spot as Laurie.

Even the minor characters who played a role in Halloween such as Marion Chambers, Lonnie Elam, Lindsey Wallace, and Tommy Doyle, they all have a purpose in taking over the leadership role that could’ve resulted in the town finally taking a stan against Michael Myers. In fact, Doyle’s obsession about taking down Michael Myers is a fascinating direction that could’ve really been the focus of the sequel. Tired of remaining on the sidelines after witnessing Michael’s horror in the original film, Doyle finally jumps into action once he understands that evil has come back into town. However, with each failed attempt, Doyle grows more frustrated and his drive to kill Michael Myers clouds his mind and he makes some questionable choices. The morality play could’ve been a fun departure for the series. We know Michael is pure evil so it’s not exactly hard to root against him; however, someone going to the extreme by dancing in the shades of grey makes for a more interesting character than a simple revenge plot against the murderous brute. It’s great that Halloween Kills has brought back several minor characters in the original franchise as it’s makes the world between the two incarnations connected. However, it’s a shame that the film doesn’t truly capitalize on them in a way that’s deserved.

It ultimately goes back to being about the Strode family vs. Michael, which is a mistake. At the very least, Karen could’ve been the one to initiate the whole premise in the first place. She didn’t, and it never truly feels like the film understands what it wants from the plot. The premise is clear, and it seems as if the filmmakers wanted to trick viewers by focusing on a couple of characters in the beginning before they’re ultimately killed off, but it comes across as an unfocused mess. Michael is really the one driving the plot forward, but he’s not the protagonist. If the goal was to simply watch him slaughter his way through the town then mission accomplished, but it could’ve been so much more than a sequel that was desperately stalling for time. It’s a shame that such a strong premise isn’t taken advantage of, but hopefully, this saga of Michael vs. the Strode family reaches the climax in Halloween Ends.