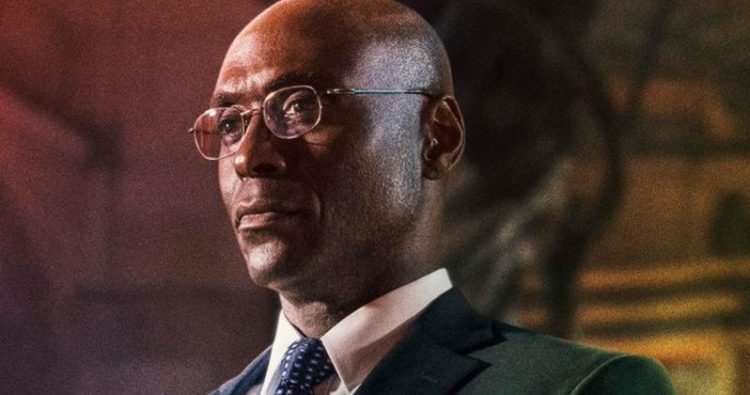 The Resident Evil Netflix live-action series might already be in a bit of trouble thanks to the photoshoot that showed the cast to the upcoming series. One of the main sticking points is that of Lance Reddick, who is taking on the role of Albert Wesker, one of the main villains in the franchise. It is a bit amusing that so many movies have been accused of whitewashing characters and entire casts, only to realize that the answer to the woke crowd is to completely replace certain characters that are vital to a story and think it’s okay. Granted, Reddick is an amazing actor and no doubt bring a menacing look to Wesker, but fans aren’t having it largely because Wesker was developed as a very specific character, and in a way, this is almost as bad as whitewashing since race-swapping can lead to a number of problems as well with many stories. On top of that, the photos that were released showing the cast have been attacked as well, as the casting of Ella Balinska, Tamara Smart, Siena Agudong, Adeline Rudolph, and Paola Nuñez isn’t really a problem, but showing them all in fashionable clothing has irked the fans as well.

This might sound silly and it could possibly be, but when promoting a new cast for a franchise like Resident Evil a lot of fans would prefer to see each character dressed as they’ll be seen in the show. It could be that those in charge didn’t want to give anything away, but it definitely feels likely that those in charge just didn’t care and were excited to show who is going to be in the show. Right off the bat, this was a bad idea, and it’s hard to see how those in control of this didn’t see that. Lance is a fully capable actor and personally, his role as Charon in the John Wick movies has been great since he’s the type of character that one can almost feel has some hidden menace behind his eyes, a capability for mayhem that many might not see right away. But the part of Wesker should probably have gone to another individual such as Shawn Roberts, who actually played the part of Wesker in the movies.

Diversity is a great thing since it creates movies and shows with a much wider scope, but given, and people might argue about this, the fact that more and more movies and shows have become incredibly diverse over the years, the issue of race and gender-swapping characters should be happening less and less since it’s not hard to come up with new characters or develop characters that might not anger the fans. While the fans might not have that much say in what happens, they do have a say in how popular the shows and movies they watch will be since like it or not, fans are the ones that Hollywood is playing to and if they don’t get it right, then a lot of fans are going to look elsewhere. It’s very possible that the upcoming Resident Evil show will do just fine since there are plenty of people still willing to watch no matter how much they complain, but the blatant disregard for source material and the desires of the fans is becoming a bit of an issue with a lot of shows and movies.

Perhaps one of the greatest issues is the double standard that exists since people need to face the fact that shows and movies featuring too many white faces get heavily criticized these days, even if those projects are taking place in locations where the dominant population is white. But offer the same criticism to a show or movie that’s filmed in a region where the dominant population is another color and people will be called out for a racist attitude. This matter with Lance playing Wesker isn’t that big of a deal, but it’s yet another indication that being woke in Hollywood is the ‘in’ thing now, and no matter what anyone says this is bound to keep happening. As of now, it feels wiser to see how things go and whether or not the cast will be up the task of bringing Resident Evil to life on Netflix.

As for race-swapping and not being happy about who’s cast where and in what role, a lot of people need to get over themselves and see what something will be like before they take issue with it. But it’s true, the studios need to at least take into consideration the source material and how well it would work, or would not if they go changing key characters in such a manner. Other than that, let’s see how Lance and the others do before levying too much criticism.