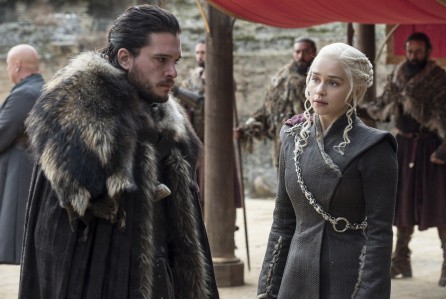 The first reaction to reading the title of this article is — So what? Everyone knows there is a global battle going on for the time and eyes of movie viewers (though this is no reference to Game of Thrones). The HBO offerings are scheduled to be made available on Amazon Prime Japan beginning April 1st of this year.

The missing but critical company name in the title of the article is Hulu. Unless you live in Japan or have a vested interest in Hulu, you are not likely to know that Hulu was the media outlet that was broadcasting HBO shows in Japan. So the HBO-Amazon announcement drops a measure of soy sauce in Hulu Japan, who is a competitive but struggling player in the streaming wars, right in their sushi.

To find out the underlying story you have to go back to 2016, when HBO entered into an exclusive deal with Hulu Japan. This was big news, as Japan’s demand for popular American television and movie programming continued to increase. In March of 2015, Hulu Japan had reached 1.3 million subscribers but was reporting it would take another year to realize a profit after racking up operating losses. The timing of the HBO deal that would come less than a year later was apparently the answer to the problem.

What many that are not aware of the business dealings in Japan need to know is that what goes on in the streaming wars of the United States is sure to have an impact on Japanese viewing habits. The price of an annual Amazon Prime subscription in Japan is about $33 USD, though the services offered in that price are far fewer than those in America. With the addition of the HBO service it seems likely Amazon will get more subscribers and HBO will profit as well.

The question of what happened to the exclusive Hulu-HBO deal remains unanswered. It is likely that either the length of the agreement has expired or there were provisions for HBO to terminate the agreement after meeting specific conditions. Hulu Japan is obviously aware of this, and the timing of the April 1st availability is likely to coincide with the legal machinations between the parties.

Hulu Japan definitely loses in this deal because while the number of subscribers to Hulu in the United States remains competitive at 17.3 million, Hulu Japan will likely lose some of their subscribers to Amazon. The news that HBO and Amazon will be expanding their future subscriber base is good news for investors, but only to a point. Japan’s population of 127 million people is roughly one-third of the total U.S. population, and the 1.3 million Hulu subscribers in Japan are not all going to drop their Hulu service.

One possibility is that Amazon needs to reach into the Alibaba marketing territory, and found one way to do it without taking Alibaba head on. It makes a certain amount of sense, and there is very little downside for Amazon to add HBO to its viewing menu.