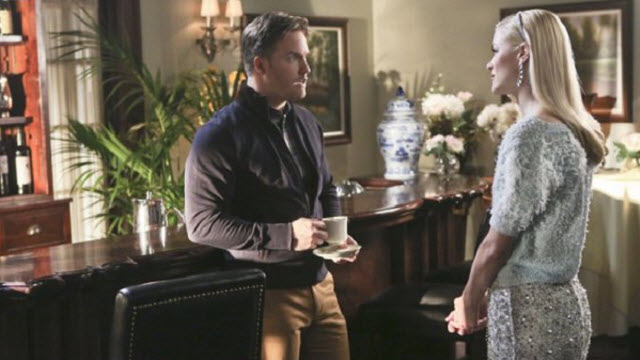 This was a simple but sweet episode of Hart of Dixie.  We’re slowly but surely getting back on track in regards to everyone’s favorite couple, Zoe and Wade!

After his breakup with Vivian, Wade is miserable and wants nothing to do with Zoe.  Lemon proposes they take the day off from their businesses and venture out for some fun.  Shooting down his idea to go to a strip club, Lemon settles for a taxidermy store/restaurant.  It sounds like a gross combination, but they luck out by finding an elusive food critic blogger who normally only writes about 1 restaurant per town.  Lemon and Wade work together to sell him on the Rammer Jammer and Fancie’s, and eventually win him over to agree to blog about both places for once.  This was just what they both needed, especially because of the honest conversation that ended their night.  Lemon’s the only one who can state the obvious to Wade that he shouldn’t be blaming Zoe for Vivian’s wrongdoings.  We know that Wade knows she’s right, and it’s only a matter of time before he actually starts believing it.

Zoe and George are crazy as usual when they intentionally set out to stalk this food critic in order to win over Wade and Lemon, respectively.  George had Walter’s whereabouts narrowed down to a few surrounding towns of Bluebell, and he thinks he’s found him.  Zoe suggests they drive him out to Bluebell themselves, and instead she and George wind up on the side of the road after the imposter steals George’s truck with both of their phones and wallets inside.  They suffer a minor setback when the only person who picks them up as hitchhikers is a Truitt brother, but they eventually get home.  George acknowledges that this is the first time they’re both single at the same time, but thank god they both agreed that there’s no spark between them anymore.

All that being said, Zoe and Wade are officially on track for a reunion by the end of the season!  George and Lemon might be headed in the same direction, but I really wish they weren’t.  Lemon deserves better than George, who needs to take a breather and figure out that he doesn’t actually like/love Lemon again.

Annabeth and Lavon are my other favorite couple on the show, but it’s hard to tell which way they’re headed.  She’s in a serious relationship with Davis now, who I think is adorable, but he seems almost too similar to AB for them to work in the long run.  He doesn’t make a good first impression on AB’s parents but that isn’t necessarily his fault.  They’re still too hung up on Lavon.  They even ditched spending an afternoon with their daughter and her new boyfriend to hang out and catch up with her ex!  Poor Lavon has to face the facts that they can’t really be friendly anymore given the awkward situation it puts Davis in.  As much as I was counting on an AB/Lavon reunion by the end of the season, I’m not so sure that’s in the cards anymore.  Maybe if/when we get another season, then we’ll get to see a proposal and all the fun wedding planning that goes along with it.

Tom and Wanda were hilarious, as per usual!  Their baby goat dressed up like a human baby and being pushed around in a stroller was too cute.  I hope they have better luck in the future with their infertility issues so that they can eventually add a real baby to their family.

Shelby came back to town with her baby girl to visit Brick.  I can’t help but compare her to Jan Levinson on The Office.  Her relationship with Brick is/was toxic and he finally realizes he wants nothing more to do with her.  Good for him!

With only 2 episodes left in the season and the future of the show still up in the air, make sure you keep watching and tell all your friends to do the same!  I’m curious to see how the season finale wraps everything up, especially since there’s a chance it could serve as a series finale.  We know that the “Zade” seeds are planted and that reunion is inevitable, but what else do you hope to see happen?