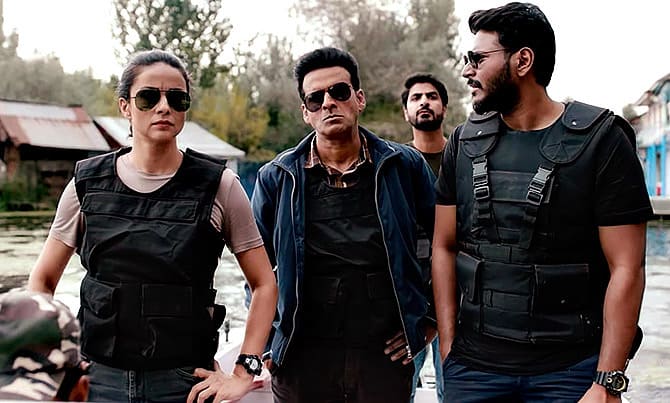 Gul Panag is an Indian actress who has taken on a wide range of other roles over the course of her career. For example, she was once a beauty queen. Likewise, she has taken an interest in politics in more recent times. Here are 10 things that you may or may not have known about Gul Panag:

Panag was born in the city of Chandigarh. In short, it is one of India’s union territories, which tend to be governed in a direct manner by the central government of the country. On top of that, Chandigarh serves as the capital of both Punjab and Haryana in spite of the fact that it isn’t considered to be a part of either one of them. It is no exaggeration to say that Chandigarh is considered to be one of the best places to live in India, seeing as how it is one of the happiest cities in said country.

In total, Panag studied at 14 different schools as a child. This is because her father was a high-ranking officer in the Indian military, meaning that her family moved to a wide range of places in India as well as other countries. For instance, Panag spent some time studying at the International School in Lusaka, Zambia, which is the capital of the landlocked African country.

3. Her Father Is Harcharanjit Singh Panag

Speaking of which, Panag’s father is Harcharanjit Singh Panag. In short, he was a Lieutenant General in the Indian Army. However, he has since retired, with the result that he is now often seen as a commentator on defense matters as well as international affairs. It is interesting to note that he is a huge supporter of the use of robotics in the Indian Army, which is something that is becoming more and more widespread across the world.

Panag is someone who has been interested in public speaking since when she was still in school. In fact, when she was still a student, she was involved in debate. Something that Panag was so good at that she was capable of winning awards at not just a state level but also a national level.

5. Entered the Miss India Competition Because of Her Confidence

There are a couple of reasons why Panag chose to enter the Miss India contest in 1999. One, she wanted something that she could add to her already impressive list of achievements at the time, thus putting her in an even better position for her future. Two, she believed that she could win the whole thing. As it turned out, Panag’s self-confidence proved to be correct because she claimed the Miss India title in 1999, which was paired with her being crowned Miss Beautiful Smile on the same occasion.

6. Is Obsessed with Cleanliness

Supposedly, Panag is someone who is obsessed with cleanliness. In the past, she has claimed that she feels so strongly on the issue that she cannot even wear shoes without wearing socks because she is concerned that her feet will get dirty.

Amusingly, Panag isn’t a fan of fish. This isn’t because she dislikes the flavor. Instead, this is because she dislikes picking out the bones, which is a very understandable issue. After all, picking out the bones can mean a lot of effort in exchange for not a lot of fish, particularly when it comes to fish species that have more bones than others. On top of that, some people find picking out bones to be a tougher challenge than others, which is a real concern because swallowing fish bones can result in choking as well as potential injuries to the throat. As such, Panag’s lack of fondness for fish is a very understandable one.

8. Supporter of the Aam Aadmi Party

Panag actually did her master’s degree in political science, so it should come as no surprise to learn that she has plenty of interest in politics. In fact, she is a supporter of the Aam Aadmi Party. Moreover, she ran as a candidate for said party in 2014, though she failed to get elected to the position that she was seeking. Regardless, those who are curious about the Aam Aadmi Party should know that its name translates to the Common Man’s Party. It believes that the promise of equality as well as justice laid out in the Constitution of India hasn’t been met because the enslavement to foreign power has been replaced by a similar enslavement to a political elite. Supposedly, it is non-ideological in the sense that it wants to adopt the solutions that work no matter where they might fall on the political spectrum. In practice, well, suffice to say that matters are more complicated than that.

9. Supports a Number of Causes

Naturally, Panag has been known to support a number of causes. For example, she is an advocate for fitness, which is perhaps unsurprising when she has such strong athletic interests herself. Likewise, she has been known to support better education as well as better disaster management. On top of that, Panag has shown a commitment to gender equality on numerous occasions, with an excellent example being her recent statement that filmmakers should put out more stories of female heroes because of the impact that could have on society.

Panag is Sikh, meaning a member of the monotheistic religion that started up in the Punjab region in the 15th century. This meant that the Punjab region was the historic homeland of the religion, with the result that Sikhs still make up a majority of the population in said region. It is very, very common for male Sikhs to have Singh as either their middle name or their last name, which is why some people might have guessed Panag’s religion based on her father’s name. However, it is important to note that the name Singh isn’t limited to male Sikhs but sees use in other communities as well.