Home
Television
The Gifted
The Gifted Series Premiere: Did It Live up to the Hype? 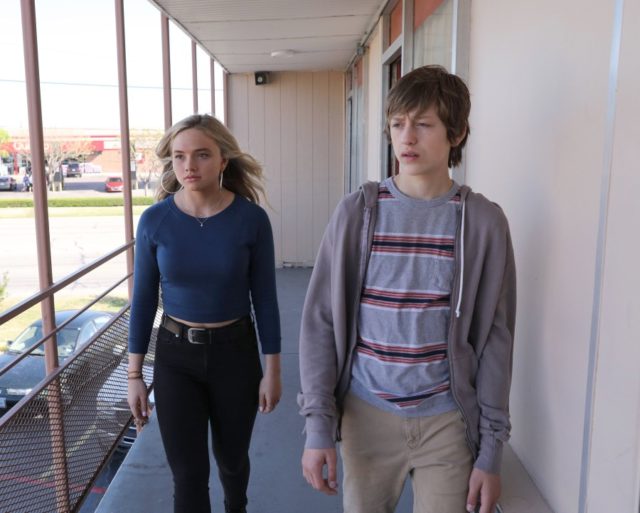 Yes, it’s true that the new FOX show, “The Gifted”, which premiered Monday, October 2, has been surrounded by a great deal of hype. So, it’s only natural for everybody to have been wondering if it actually lives up to all of that hype. Naturally, major fans of Marvel and the X-Men may tend to be a bit biased but, all in all, we have to say that it looks like a really big hit for all of the viewers out there. Why?

Well, for starters, it has amazing special effects. Sometimes TV shows fall a bit short in that area but not this one. It’s one of those things where you simply can’t wait for one of the show’s many mutants to show off their considerable talents. What are those talents? Well, they basically equate to supernatural powers from creating virtual portals to tracking people, manipulating light, putting up a bubbly shield, and even just shaking everything to bits. These mutants have definitely got it all going for them in the special powers department.

No X-Men Invited to “The Gifted”

But, even though there are plenty of mutant characters in “The Gifted”, there’s no reason for expecting any X-Men villains like Mystique and Magneto, or even heroes like Storm and Wolverine to show up on the show. Both The Brotherhood and the X-Men are gone and nobody seems to know where all of them went. It’s just a mystery that will unravel and become clearer during the series. Apparently, a cataclysmic event that resulted in some serious social upheaval led to their demise and created a lot of mutant hatred. So, no X-Men or Brotherhood, however, their offspring, well, that’s a different story altogether.

The minute we see Polaris (Emma Dumont) flipping police cars and manipulating just about anything metal, it’s clear that her powers are just like Magneto’s. And, of course, that’s because she’s his daughter. So far, she’s the only mutant revealed as being a descendant of one of the X-Men characters but there are plenty of episodes to come, so that may change. Anyway, the show takes place in a future U.S. where mutants aren’t free anymore. The government hunts them down and inters them in special mutant correctional facilities.

So, Polaris ends up being incarcerated after helping the rest of her mutant friends to escape. While she’s confined to a mutant internment facility, she meets Reed Strucker (Stephen Moyer), who works with Sentinel Services and the Government, prosecuting and detaining mutants. He discovers from her medical exam upon arrival at the facility that she’s pregnant and uses it against her. That’s, of course, before he finds out that there are a couple of mutants a bit closer to home that he thinks.

Of course, all of the “True Blood” fans everywhere are thrilled that Stephen Moyer is back, only this time he’s not a sexy bloodsucker but the head of a family that, as it turns out, includes two young mutants. You see, both his teenage daughter Lauren (Natalie Alyn Lind) and son Andy (Percy Hynes White) are mutants. What, their parents never knew? Well, either they hid it really well or Reed and his lovely wife Caitlin (Amy Acker) were just blind. More will probably come out about that in future episodes.

So, needless to say, since the parents didn’t know, nobody else did either. That’s until one night at a school dance, Andy flips out after being constantly bullied by a bunch of the class idiots and (Yea!) shows them his powers. They drag him into the boys’ bathroom and proceed to wail on him. Big mistake! Tiles fall off the walls, pipes bend, lights flicker, walls crumble, and Lauren, who’s out on the dance floor but saw Andy going into the restroom, knows immediately what’s happening. Her dance partner tries to get her to run for safety but she goes back for her brother. In order to get both of them to safety, she has to use her powers and put up shields to protect them from the debris. Those shields kind of look like bubble wrap but, of course, they’re a lot more effective.

After the feds come to the door and try to take the kids but are foiled by Lauren’s powers, the family has to go on the run. They enlist the help of the underground mutant resistance, of which Polaris was a member before her incarceration. Other mutant members include Thunderbird (Blair Redford), Eclipse (Sean Teale), and the newly recruited Blink (Jamie Chung).

So, to find out all about what happens to the mutants and the Strucker family, tune in to FOX Mondays at 9/8c. You won’t want to miss an episode because this show moves pretty fast! 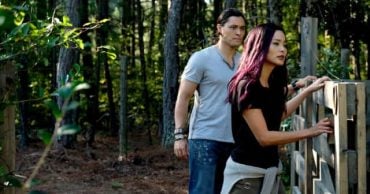 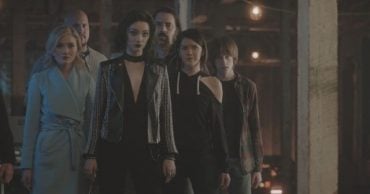 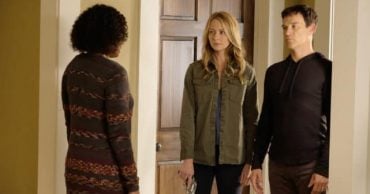 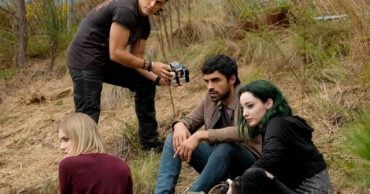 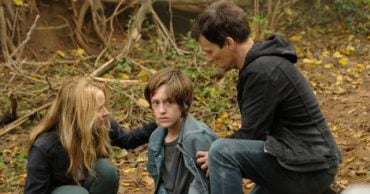 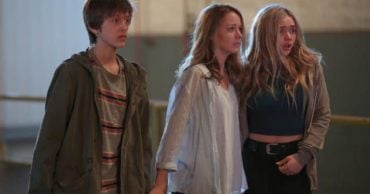