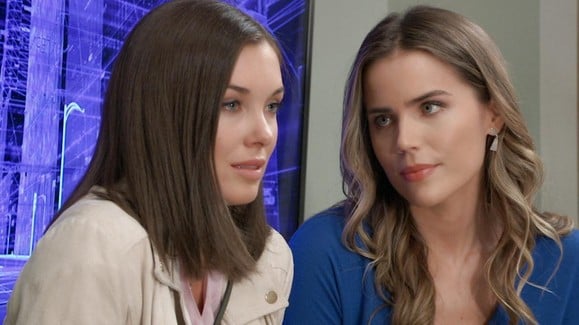 General Hospital fans think things are getting good right now. How much further will Jordan actually go to keep TJ hidden from the world, especially now that there are people who are starting to realize that he might not be gone? We don’t know about that, but we know that she’s going to do anything, everything, and probably some bad things to keep this to herself. But, for now, we also know that Peter is on a mission, too. He’s got to distract Robert so he is out of his life and not in his business so much, and that might not work. Laura feels she can handle anything that comes her way, and there are a few other things that might just make a difference, too. But, for now, we also get to see that there is so much else going on. Michael is figuring out his life.

But, where will he go from here? He’s got his mother fighting hard for him. But, there is nothing else that will work if he cannot get rid of Nelle. She’s confronted his mother, and she’s gotten to show off a lot more of her life in the episode that celebrated the life she’s lived and so much more. She’s in a good place, and we are not mad about that. But, we also know that she’s not going to have much of a chance to see this situation improve until she sees that things work out a little more for her son. Nelle is a problem. But, you know what is not a problem? The fact that Jax is going out of his way to make Nina smile and have some fun. She needs that so much, and we cannot help but want to see more of it in her life.

What a milestone anniversary!

"Nelle is evil. Promise me you'll stop her." #GH pic.twitter.com/g5NrFe8OcD

Willow has had a rough time of her life, and we cannot even begin to imagine how she must feel right now. The one thing that got her through so much of what she went through — the one thing that got her sent to jail because it was that important to her — is not hers. The baby she protected, the baby she hoped she could one day spend some quality time with and get back to her own life, the baby she loves so fiercely, is not her baby. She never had a chance to love the baby she birthed and gave to Brad and Lucas to raise so she could hide him from Shiloh and the horrors the baby’s father would inflict on him. She never got to love him because he is gone. He died not long after he was born, and the truth was hidden from her.

Now she’s got to deal with that. She’s been given a chance to figure out what she wants to see happen in her life, and she’s not sure where to go with this. But, she is sure she’s all right looking at Chase for some of the comfort that she needs. Is this also what might have Michael feeling a bit intimidated this week? Or is that going to show itself as another Nelle situation? We know he cares deeply for Willow, but that he might not know how to feel about her and Chase together in this moment. There’s a chance it may not sit right with him.