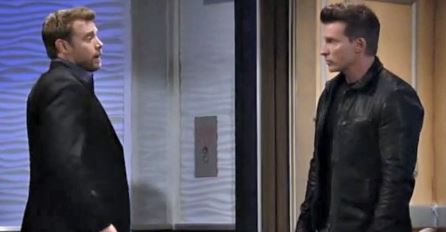 General Hospital fans are wise enough to realize that things are going to get very ugly from this point on. With Jason and Drew looking into their lives and their histories and what happened to them, they are going to uncover things that don’t make them very happy. And we have a feeling that most of the upset that might occur will happen on Drew’s behalf. He has to deal with the fact that he has no idea who he is. His only memories are the ones obviously planted in his mind as Jason’s, and he can’t keep living his brother’s life with his memories.

He has to find out who he was and who he is, and we have to ask a question. When he finds out the things he did and the man he was before he was Jason, will he think he has to be that way again? He’s changed since he’s currently living as Jason, but we have to wonder if he will change back into whatever kind of person he was before.

And we don’t assume he was a very good person before. In fact, we have a feeling he might be more attached to what is going on in this situation and the people behind it than he knows. Is there a chance he was in on it before they turned him into Jason and he wanted to be his brother because he was in so much trouble? Is there a chance at all this might be true?