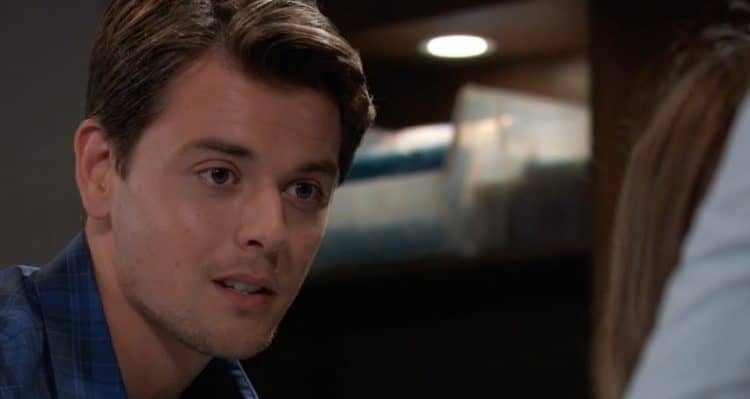 General Hospital fans know Ava is in a precarious place with her own mental health and her own life right now, but not so much she cannot handle her brother. She’s got him rethinking what he wants to do next. Does he really want to head to New York and leave behind his kids and his life and even Alexis, even if he knows that they cannot make it work? Does this make the most sense to her? She might not be someone who has much else to say about those things, but we do know that she’s going to figure things out at some point and help him see the way she feels things should be. She’s got life issues to get through on her own, and he knows he might have some help for her if he stays put. Don’t be surprised if he changes his mind entirely.

Then there is Brad, who is going out of his way to get the help he needs. He’s got life issues to get through, and that’s all there is to it. There’s not much else we can see or do about that, but we do get that this might not go his way. Sonny ,on the other hand, has located Dev. What does this mean? We are not sure in the moment, but we have a feeling that this is going to lead to some sort of major breakthrough that might just change the way things handle themselves from this point. He’s on a mission to get this situation under control, and this might be one of those things that allows him to do that for himself and for everyone else. We get it, and we like it. It’s good for them.

"Her reach can extend beyond the grave." #GH pic.twitter.com/TfNvzHYcwi

We knew it wouldn’t take long, but we didn’t think it would be this soon. Ava has been working on her brother to get him to change his mind about where he is going and what he is doing with his life, and she’s had some success in that. She has been urging him to change his mind and reconsider the plan he’s made in his life, and it’s finally worked for him. He’s been giving it a chance, and it’s been working for her. He’s going to reach out to Alexis today, and we think that he has to talk to her before he feels that he can make some big decisions. We only hope that part of what he has to say to her includes the fact that there is a lot going on in his life and his desire to be with her.

Obrecht wants a favor, and we know that can go either way. Will it be something that works for the greater good, or does she want someone do to something for her that we all know is not going to end well for someone else? We don’t know, but we do know that she’s asking Brad for this favor, and that’s never good. She knows he is in a situation that is probably not going to end well for her, and that’s going to be that. There’s too much going on around here that we cannot handle, and this is just one more of those things. Chase, on the other hand, is going to help Franco, which should be interesting.