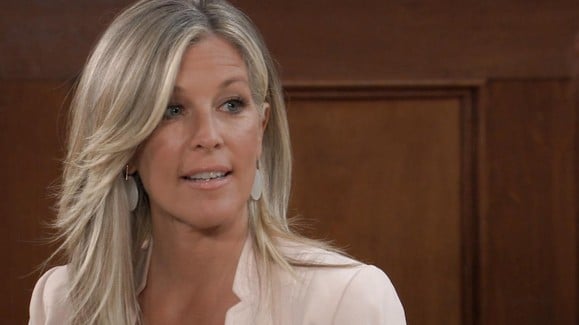 General Hospital fans are dying over Nelle right now. She’s a woman who will stop at nothing to get what she wants and to make things right in her own life, and she’s doing it. She is making that happen. She’s doing what she can, and she’s making it happen in her own life. She’s a mess, and we know this, but right now, she’s giving the performance of her lifetime. She’s making it seem like she is the grandest of the grand people in the entire world, and she’s out to do the right things, and she’s been a victim. She’s amazing, we will give her that. But, what she is doing to this family is a problem that no one can handle. They will not be able to top this performance if she can pull it off, and that is going to become a major problem for her and for everyone around here.

Valentin came in with an announcement of his own that shocked more than a few people. They did not see this coming, but why should this shock anyone? He’s a man who does what he wants regardless of what anyone else thinks and how they feel. On the other side of that is what is going on with Laura. She is worried that Robert has these ideas in his mind that are doing nothing but making him feel as if things are one way when they clearly are not. He’s deluding himself, and they know this. It’s not going to be easy on him, and she’s worried that he cannot get past this and to a point where he is being honest with himself. It’s going to be hard on him, but we aren’t sure he can focus on anything else.

Wiley's custody hearing is back in session, West Coast. Who will take the stand and risk a tough cross examination?#GH is brand-new and STARTS NOW on ABC! #ChloeLanier pic.twitter.com/onLIgM5v0q

We're all in this together. #GH pic.twitter.com/OSGeTz5nAt

Today is the day of the week that everyone looks forward to. Today is Flashback Friday, and it’s a good one today. It’s not one that is going back far in time. It’s going back approximately five years to the day that the network aired the 52nd anniversary special. This is a day when big things happened, when we remembered things that we’d long forgotten, and when we got to celebrate the fact that Port Charles was 52 years old on the television screens. This is a big one, and the network has been doing a great job with this as far as we can see from fans reactions. They’re choosing good episodes that do work well for everyone, and we do appreciate that one. However, this is also a flashback Friday with a bit of a sadness to it. It’s something that might not be okay. It might not be good. It might not be something we thought we’d see coming. But it is what it is.

This was the last week of new episodes. So, today’s flashback Friday is the first of the series of old ones that will come on. Next week is a new week in which we will not get to wake up on Monday morning and find out if Nelle or Michael gets to keep their baby or who married whom or if there will be any happy endings anywhere. We don’t get that. We get every single day flashbacks that are just not going to bring us any answers, but they will continue to bring us entertainment if we allow them.