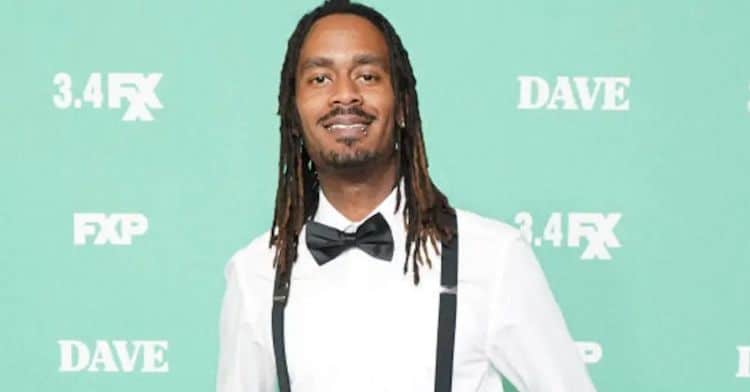 If the name GaTa doesn’t mean anything to you, don’t feel too bad. We didn’t know him either until we did some digging into his life to find out who he is for you guys, and he’s a man worth getting to know more about. He’s really Davionte GaTa Ganter, and he’s a sitcom star who has never before acted in his life. He’s so interesting, and the entire concept behind what he is doing right now is beyond cool. It’s time we all get to know him better.

This is where things are hard to explain. It’s kind of complicated, so bear with us. Dave Burd created a show called “Dave,” which is all about his time as a rapper – or an aspiring rapper – who called himself Lil Dicky when he was trying to make it big. He waned to pick the right guy to play his longtime hype man, and he actually picked his real life hypeman. So, basically, GaTa plays himself on a show about, well, himself.

It turns out that even though he was not an actor before, it seems most people had no idea. He has a very obvious star quality, and most people who met him would wonder if he was famous in real life and they were just missing something. Perhaps this is the best example of faking it until you make it?

3. He’s Been Rapping Since Middle School

One thing that GaTa knew growing up is that he’d be famous. He was a rapper in middle school. He was ready to win awards and to do big things in his life, and he did it. He attended school at a place called Audubon Middle School, and that’s where he began to refine his skills as a rapper.

And he absolutely did not want the world to know it. He had a reputation to maintain, and he didn’t want his fans and anyone else to find out about his medical condition. He fought it when his friend wanted to share it in the show they’re working on, and he eventually came around realizing that it might just help someone who doesn’t know where to go or what to do about it in their own lives.

The two met when GaTa was 17 and Tyga was 14, and they worked together for a long time. He worked as the famous rapper’s hype man for years, and they were able to collaborate with stars like Lil Wayne and so many others. He has serious friends in the industry.

6. He Wanted to be Tough

Before he was able to share his bipolar diagnosis with the world, he was against it. His reason is real, too. He’s a man from a tough part of town, and he couldn’t be vulnerable in that aspect. He wanted to be seen as tough and someone who is who he is, yet not quite who he is. However, sharing this very vulnerable side to himself has made a huge difference in his life.

7. His Diagnosis Did Not Come Easy

He remembers when he was first diagnosed, and it was a bad few days for him. He was crazy in the studio, and his friends were worried. He was going crazy, he went home and got violent in front of his mother. She was so scared that she had him arrested, and he continued to yell at the police telling them that Barack Obama was coming for him and telling them that he was getting a record deal and he was going to be famous, and they locked him up in a facility. They stuck him in a padded room for three days, and that’s when he came down and realized something was not right. He knew then he needed help, and that’s when his bipolar disorder was made available to him.

Now that he knows how many people he’s touched, made aware, and been there for simply by telling his story, he’s happy. He’s glad to know that him doing something so difficult for himself has helped others, and he’s glad that he could touch people and share. GaTa appreciates the connection, and he’s happy.

9. He’s Not Afraid to Step Outside the Box

He strongly believes that his success right now has everything to do with him being unafraid to go outside his box of thinking. Rapping was his thing, but he wanted to do this show and be part of it, and now he’s famous. He knew that taking a chance would be good for him, and it’s been better than good.

He credits his mom and sister for being there for him when he was at his lowest point, and he credits them for always backing him up and being there. He also credits his close friends, who are like family, with the same, and that’s been the biggest difference in his life.