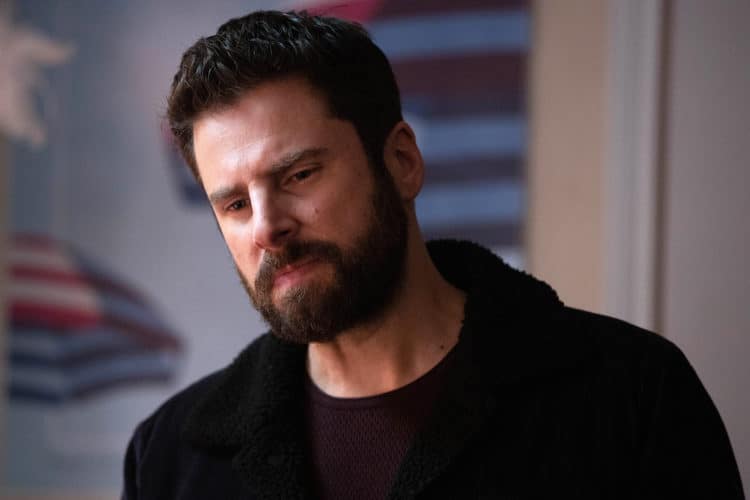 Since its debut in 2018, the TV series A Million Little Things has taken viewers on an interesting ride through love, loss, and friendship. The series follows a group of adult friends as they navigate the challenges of life. One of those challenges includes the death of one of their close friends whose suicide caught them all by surprise. In addition to great writing, A Million Little Things has been highly regarded for its characters. Each of the show’s characters has earned a special place in viewers’ hearts, but Gary Mendez (James Roday Rodriguez) has become a fan favorite. Here’s why we think Gary Mendez is the best character in A Million Little Things.

1. He Isn’t Afraid To Admit When He’s Wrong

Gary isn’t a perfect character by any means, but that’s one of the things that makes him so likable. Like most people in the world, he’s just trying to do his best, and sometimes that means he makes mistakes. However, when Gary does something that hurts or upsets the people he cares about, he isn’t ashamed to apologize and do what he can to move forward. Throughout the series, we have seen him do this countless times – even with the younger characters on the show. Gary might not always make the best decisions, but being able to own up when he’s wrong requires a level of maturity that some people never reach.

2. He’ll Do Anything For His Loved Ones

Loyalty is one of the best qualities to have in a friend, and it’s something that Gary Mendez exudes. No matter what the situation is, he is always willing to go above and beyond for the people that he cares about. Whether it be through money or time, Gary never holds back. When Gary’s on your side, you can rest assured that he’s going to do everything he can to make sure you win. On top of that, Gary is the kind of person you can trust with any secret. If anyone on the show ever finds ends up in serious trouble, chances are that Gary is going to be the first person they call.

On the flip side, however, this quality sometimes results in Gary getting himself in sticky situations or putting other people’s happiness ahead of his own. Part of his character’s arc has involved him learning that it’s okay to be selfish sometimes.

Like the rest of the characters on A Million Little Things, Gary has gone through more than his fair share of ups and downs. In addition to losing a close friend to suicide, Gary has also endured cancer. Surprisingly, though, Gary is still the kind of person who sees the glass as half full. No matter what life throws at him, Gary always finds a way to see the bright side. Not only does this outlook help him, but it’s also beneficial to those around him. For example, when Eddie gets hit by a car and is paralyzed from the waist down, Gary is the person who reminds him that he still has plenty of life left to live.

4. He Has A Great Sense Of Humor

A Million Little Things has dealt with some pretty heavy topics during its time on the air, and it would be easy for the show to fall into a gloomy trap. However, Gary Mendez makes sure that never happens. He can bring humor into almost any situation, and he never does it in a way that’s off-putting. Sometimes, though, Gary can use his sense of humor as a way to as a coping mechanism to avoid difficult conversations. This is something we saw him do when he met his girlfriend’s son, Liam, for the first time. However, something else that makes Gary’s character so special is the fact that he’s always willing to grow and move forward.

5. He Keeps The Group Together

All of the main characters in A Million Little Things share a special bond, but Gary seems to have an extra close connection to all of them. When everyone is busy dealing with the stresses of daily life, it’s often Gary who brings them all together. Without Gary, there’s a chance that the group could’ve gone their separate ways after John’s death and Eddie and Delilah’s affair. However, he has a way of reminding people not to lose sight of the bigger picture. Even though the show is fictional, every friend group needs someone like Gary. It’ll be interesting to see how the group holds up if Gary really does end up moving.