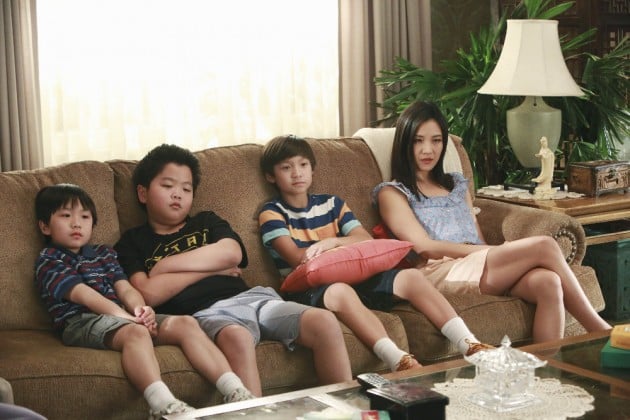 Often, when a show tries to capture a time period, it comes across as kitschy, whimsical – or worst of all, forced, reflecting on the simplest of cultural tropes without offering anything substantial underneath it (this last one is particularly apparent in flashback sequences). I’m not saying everything needs to be Mad Men, but it would be nice if shows could align themselves closer to Fresh Off the Boat, which captures a lot of 1990s culture in a bottle with this week’s episode.

There are a number of layers where this cultural reflection really hits home: the NBA nerd in me really grasped onto Eddie and Louis’s story in “Dribbling Tiger” (and not just because of my well-known obsession with father/son sports-related narratives), which tackled the cultural change happening in Michael Jordan’s later years, tying it in beautifully with the Huangs’ journey to try and instill traditional values in a world that seemed to be abandoning them. NBA fans who grew up in the ’80s and ’90s (like myself) watched this change in attitude in the NBA (and in American culture in general), where the “team” concept quickly fell apart in favor of all-consuming superstars, players who worked best (or so they thought) in isolation – Steve Francis, Stephon Marbury, Kobe Bryant, Allen Iverson, Latrell Spreewell, young Tracy McGrady…the list of players who modern fans would deem “selfish” is endless in the early 2000s, a direct result of the 1990s culture of incessant, increasingly superficial self-expression that played a part in this.

That culture comes into play with Jessica, who tries to re-write the all-faith/gender/belief/effort/talent school play, in order to teach kids about the horrors of idolizing celebrity and having a poor work ethic. In many ways, it makes for the most meta episode of the show: not only do we have Jessica referencing her own children (talking about how Asian children would never be their own characters on a TV show) and the family actually watching All-American Girl (the failed ABC ’90s comedy series starring Margaret Cho), but much of “Dribbling Tiger” is concerned with children idolizing celebrity and fame over work ethic, mired in the previous generation’s ideals of not having anything, and going too far to one side of the parenting spectrum trying to instill the same values in their children.

It’s an anti-consumerist bent most shows (like their network companion, Black-ish) are quick to vocalize, but never follow up on: as cliche as it may be, Jessica’s framing story about the face-burning toy horses with the faces of people does exactly that, giving context both to the generation that went without, and what I like to call Generation Xcess, which dominated American culture in the 1990s, where disposable income was a regular thing (well, semi-regular: the Huangs resign themselves to volunteering rather than donating, after all).

It would’ve been very easy for Fresh Off the Boat to fall into similar holes of other shows, turning its temporal setting into an avenue of trite, simplistic humor poking fun at the past. Yet “Dribbling Tiger” actually digs into these stories a bit, through the ludicrous use of a man-faced horse and a hilarious Crouching Tiger homage detailing Louis’s past life as a semi-pro basketball player. Not only is Fresh Off the Boat continuing to master its own brand of comedy (I could write down every great one-liner in “Dribble Tiger,” but this review would double in length), it’s doing so without sacrificing its identity, mastering its voice and showing a new command of its time period that previous episodes have only hinted at (mostly with well-placed musical references), another impressive step forward for the spring’s most satisfying new network show, comedy or otherwise. 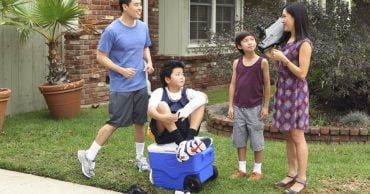 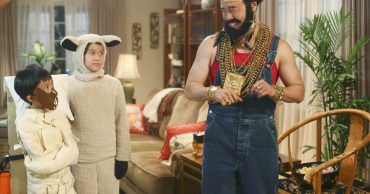 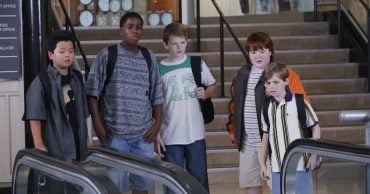 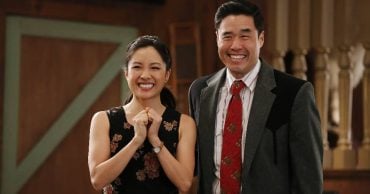 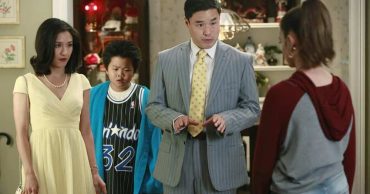 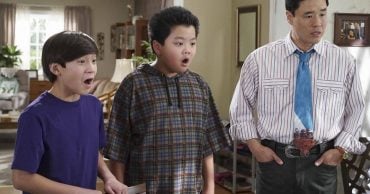