Home
Television
The Fosters
The Fosters Review: Callie and Mariana Try to Recover

This week’s The Fosters isn’t quite as stress free as some would have liked after the gripping season opener. Following the school lockdown and Mariana’s terrifying confrontation with Nick, the Fosters are just trying to get their bearings. However, personal and physical fears have everyone on edge. Everyone’s sense of security has been shattered, and it’s going to take alot for each member of the family to figure out where they go from here.

Stef and Lena try to alleviate their children’s fears both at home and at school, but Lena’s sense of security has been shattered. She demands that they get top of the line security for the house and leads a similar set-up for the students on their first day back at school. Eventually she realizes that bars and chains aren’t going to keep the danger out, nothing really can anymore. The PSA that’s proven all too true in the last few months is “we’ve accepted this as normal. This isn’t normal, it shouldn’t be normal.” Luckily in this case, Lena concedes that the kids did see and say something that protected them all. They stuck together, which is how they’ll survive.

There is a new sense of living instilled in the boys remaining in the house. Jesus and Emma agree to be friends with benefits. Unfortunately they both have been with a few people since they were last together, so it probably is a good idea to get tested for STDs. The good news is that they both are fine, but it’s also probably a safer idea that they remain exclusive friends with benefits. Meanwhile Taylor takes Jude to her youth church group. Although Jude reluctantly agrees, he is pleasantly surprised to learn how accepting and progressive the group is. You’d think it would help but Jude only comes home more confused. He does eventually realize that it’s not a trick, this group is a genuinely safe space.

The emotional trauma of all the physical fear is only one part of the family’s recovery. The repercussions of Lena and Stef knowing about Callie and Brandon’s relationship are only now starting to unfold. Brandon deciding not live at home anymore is both a plus and a minus. Brandon is suddenly thrust into a family life in a somewhat foster father capacity he is unprepared for. On the other hand his close proximity to Callie is another unspoken source of anxiety for Lena and Stef. Callie has more than enough to deal with since the whole school assumes (correctly) that the rumors about her and Brandon are true. The first person to make a comment at the wrong time comes in contact with Callie’s fist. Lena suspends her, but Callie doesn’t go home. Instead she spends the day pretending to be someone else as a distraction. She spends the day with a stranger (a law student who I actually wouldn’t mind seeing again-hint, hint writers) taking pictures all over town. They end up making a stop at Callie’s childhood home, which terrifies Callie further into believing Stef and Lena will reverse her adoption. No matter how confusing everything is, the moms assure Callie she has her forever home now. Not to mention Callie’s adventurous day gave her the idea to do a photo essay of all her former foster homes as her senior project.

Mariana was in the most unsafe situation of her life and instead of being comforted, she comes back to school bullies. Everyone blames her for Nick’s breakdown. During a school assembly on safety she stands up for herself by saying she can’t feel safe within her own school because of the bullies, which goes against what Lena was saying about sticking together. Mariana just wants to move on, but a surprising call from Nick could throw everything into chaos.

Will Nick’s call give Mariana closure or more terror? Tune in next week to see how Mariana and the family respond.

The Fosters try to feel some normalcy and security after living in fear of violence. 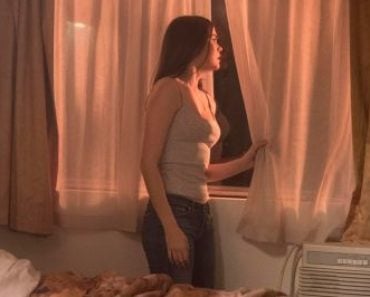 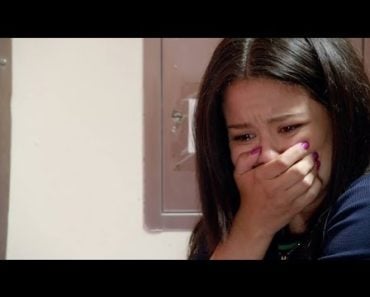 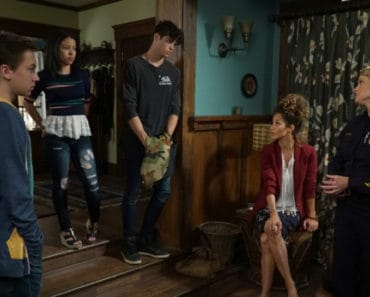 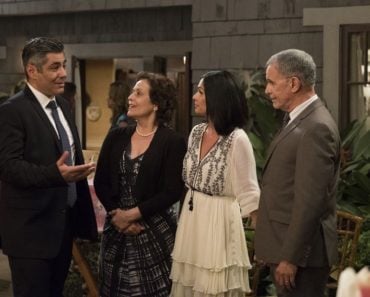 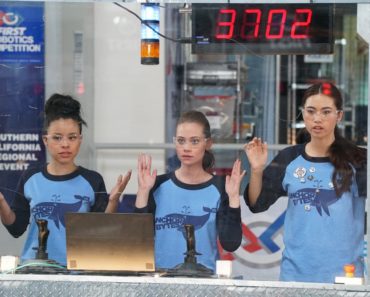