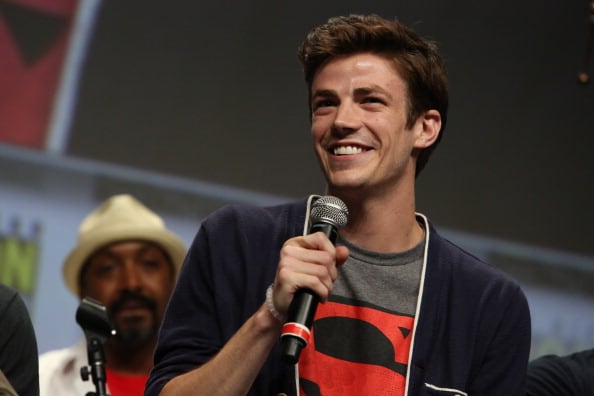 Tonight we will be saying good-bye to the New Directions and the rest of the students of McKinley High School. Glee has made us laugh and cry for six seasons, but it had to end sometime. Over the years, we have met many different characters. Some of them are very memorable like Lea Michele’s Rachel Berry, who has been the centerpiece of Glee since it began airing back in 2009. Other cast members who have been around all six seasons include Chris Colfer as Kurt Hummel, Jane Lynch as Sue Sylvester, and Matthew Morrison as Will Schuster. Each season of Glee has also featured some less memorable characters. Over the last couple of weeks, we at TVOvermind have taken a look back at those lesser known characters. Last week, we discussed Season 2. If you have not yet checked out the article yet, it can be viewed by clicking here. This week, we will be taking a look at the forgotten characters from the third season of Glee, which includes an abusive college football recruiter and a few new glee club performers played by winners from The Glee Project.

You may not recognize the name Joe Hart, but you may remember him by one of his nicknames. Joe was called Teen Jesus and Dreads and made his first appearance on Glee during Season 3. He would also be a character during the fourth season, but would up and disappear during Season 5. Joe is home-schooled but decides to come to McKinley after realizing his best friend is his mother. He develops a strong relationship with Quinn and escorts her to physical therapy. Joe would make an appearance in the season sixth episode, “The Rise and Fall of Sue Sylvester.” Joe is played by Samuel Larsen. He was one of the winners from the first season of The Glee Project, which is how he won the role of Joe. He has roles in four different films due out in 2015 or 2016.

Shane Tinsley was known for being Mercedes’ boyfriend during the third season of Glee. He is a member of the football team who is very supportive of New Directions. During the time they were together, Shane encouraged Mercedes when urging her to try out for the role of Maria in McKinley’s production of West Side Story. Mercedes would eventually break up with Shane when she realized her strong feelings for Sam. He is last seen at the prom with his new girlfriend. Shane is played by LaMarcus Tinker, who starred on both Friday Night Lights and Cougar Town before appearing on Glee.

The character Harmony was featured in two episodes of the third season of Glee. She meets Rachel and Kurt at the mixer for students interested in attending NYADA. She performs a song and does such an awesome job that Rachel and Kurt start crying. She returns later in the season and helps her glee club team, The Unitards, clench a third place win at Sectionals. Harmony is played by Lindsay Pearce. She was a runner up on the first season of The Glee Project. She is set to appear in the ABC Family series Recovery Road, which is due out later this year.

Sebastian is probably one of the most hated characters from the third season of Glee. Sebastian is a member of The Warblers and detests the New Directions. Upon meeting Blaine, he instantly begins to flirt with him. Blaine tells Sebastian that he is dating Kurt. Sebastian suggests the three of them visit the gay bar in Lima. Blaine and Sebastian continue to talk, and Sebastian uses information that Blaine leaks to him to make sure that the New Directions lose at Regionals. In a heated argument, Sebastian plans to throw a rock salt-filled slushie at Kurt, which ends up going in Blaine’s face. Blaine must have surgery to fix the damage done to his eyes. Sebastian would later apologize for his actions. Sebastian is played by Grant Gustin. He currently stars as Barry Allen on The CW series The Flash.

Rick Nelson is better known to Glee fans as Rick the Stick; he is a member of the hockey team at McKinley High School. Rick appears in several episodes from the third season of Glee. He mostly is shown throwing slushies at members of the New Directions. He was also one of the people who was bullying Rory when he transferred to McKinley. He, along with Kurt and Brittany, runs for class president. He ends up losing to Brittany. He is also a contender for prom king. Rick is played by Rock Anthony. He will next appear in the film Wal-Bob’s about a teenager who loses out on a chance to play football in college after he does an awful job on his S.A.T.s.

Cooter Menkins is a football recruiter, who appears in a handful of episodes during the third season of Glee.He comes to McKinley looking for football players to come to Ohio State University. Cooter begins to have feelings for Shannon Beiste. She feels the same way about him, and Artie sets them up on date. Cooter later dates Sue because Shannon does not let him see her true feelings for him. It was revealed that after Coach Beiste tells Cooter she loves him, the two elope. Their happiness is short-lived when it is disclosed that Cooter has been physically abusing Shannon. She leaves him for a short period of time, but ends up giving him a second chance. After some convincing from the glee club students, Coach Beiste is able to break up with Cooter. He is never shown again but has been mentioned a few times in later seasons. Cooter Menkins is played by Eirc Bruskotter. He has appeared on Angel, Six Feet Under, 24, How I Met Your Mother, NCIS, and Franklin & Bash.

Who is your favorite “forgotten” character from the third season of Glee? Let us know in the comments section below.