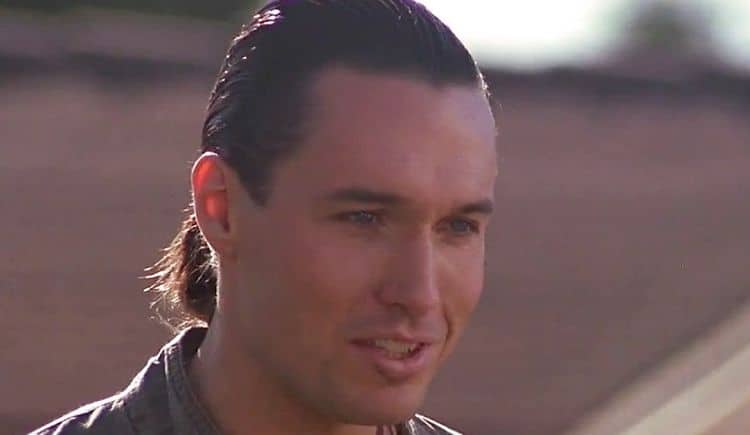 There’s a longer reason for why Terry Silver should come back as a villain and prove that Cobra Kai is insanely devious and all about revenge, but the short and simple of it is that he could actually be Miguel’s father. It’s a bit of a stretch really but it can be told in a way that makes sense considering that Carmen, Miguel’s mother, did mention to Johnny that she and Miguel had had to move more than once. Thinking of the means that Terry possesses it’s very easy to think that he hasn’t had that hard of a time tracking down his ex-wife and son, but it’s also easy to think that they want nothing to do with him since, let’s face it, Terry is a sleaze and will do anything to get what he wants, and a sense of morality doesn’t stop him in the least. After all, he did pretend to be Daniel’s friend in The Karate Kid 3, and in doing so managed to gain Daniel’s trust just so his friend John Kreese could finally get his revenge. Some folks might say that Terry is kind of a fringe villain, but in reality, he’d be perfect since he’s tied to John Kreese and he’s likely to be the devil that still lies in the details since his style is to sit and wait until that perfect moment when his opponent is at their weakest and most vulnerable to strike. It’s already been shown that despite his skill he can’t do much against someone that’s centered, as Mr. Miyagi put him down fairly easily. But against Daniel, it’s hard to think that the fight would be that simple.

With Miyagi gone though he has a straighter shot to Daniel, and in true Terry Silver style it does feel as though he might attempt to get at the kids through John Kreese and possibly try to influence Miguel and even Samantha, and possibly Robby. This is what we’ve already seen Silver do as he almost turned Daniel against Mr. Miyagi, and it would be a perfect way to keep Cobra Kai moving forward since Terry Silver is subtle and definitely devious, things that John Kreese is not since Kreese is more like a hammer waiting to drop while Silver is more akin to a knife in the dark. We can say whatever we want about Karate Kid 3 since it wasn’t all that great, but Terry Silver is one of many villains that has the advantages of being rich, divisive, and extremely patient. If he were to be included in Cobra Kai it would dial the danger level up a few notches since his brand of payback is something that the students of Cobra Kai might embrace or finally turn from. With Daniel being told by his wife that the karate days are over, there’s not much to stop Cobra Kai from becoming an even bigger threat than they were in Daniel and Johnny’s time. This would be one way to ensure that Johnny and Daniel might finally lay their own grudge aside in order to focus on the real threat. Since season 2 already looks to be headed back to Okinawa, likely to bring into focus Miyagi’s past and reveal a few things that Daniel didn’t know, it’s more likely that we’ll see Chozen than Terry Silver, but perhaps by the end of season 2, we’ll see a reveal much as we did at the end of season 1 when John Kreese miraculously returned from the dead, as Johnny had openly stated his demise.

So far Kreese has been the big bad of the story since season 1 focused on Johnny’s redemption arc, or the start of it at least, and even showed Daniel being more of a jerk for not thinking that Johnny could change. Season 2 went on to show that Johnny has learned a few things and Daniel, for all his good intentions, is still allowing his paranoia of past transgressions to taint his thinking. Unfortunately, this means that the sins of the teachers have been allowed to transfer to the students, which culminated in the brawl that put Miguel in the hospital and is tearing apart both Daniel and Johnny’s lives and families. This would be a perfect time for Terry Silver to come in and really muck things up since John Kreese is back in control of Cobra Kai and the students are firmly on his side thanks to a bit of manipulation that could already have Silver’s signature on it since it’s very possible that Kreese is just another part of the plan. Let’s be real here, the grudge match that went on between Karate Kid 1, 2, and 3 involving Kreese was just the warm-up, as Silver turned up the heat in a big way and might have had the upper hand if not for Mr. Miyagi. Well, Mr. Miyagi’s gone now, and Daniel’s focus is anywhere but where it needs to be.