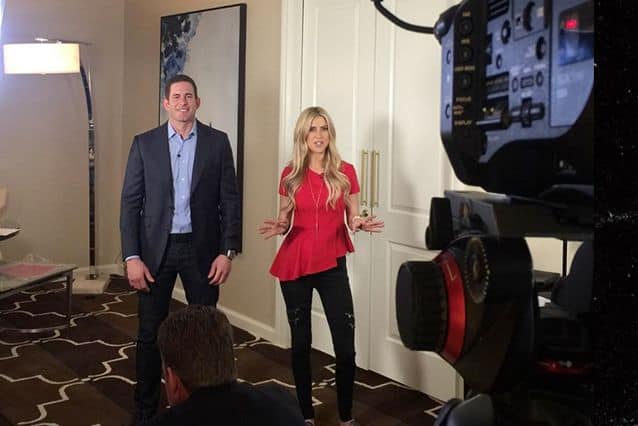 No, the two aren’t back together as a couple but for those who doubted the former couple’s ability to weather a divorce and keep “Flip or Flop” alive, they are being proven wrong.  The divorcing couple were in Vegas Friday at an investor’s summit telling the audience how they turned their home improvement idea into a burgeoning business.  As many of you knowm the two announced a divorce which put their hit show “Flip or Flop” into question.

Part of the reason everyone watched the show was not only to see how they flipped houses but watch their actual relationship.  However, since their split announcement the show’s ratings have not dipped and the former couple is clearly moving on as if nothing’s happened.  While the show hasn’t stated whether or not it will continue, if ratings are still the same, I see no reason it will get canceled.

The fact that the two are still getting booked to give seminars speaks volumes, especially since they were recently accused of bogus advertising for one of their “courses.”  People complained that their program was designed to reel them in only to find out they’d have to pay even more to get a “better” version of their course.

Maybe Tarek and Christina are forming a new niche on TV:  couples that learn to work past their differences and stick it out in business.