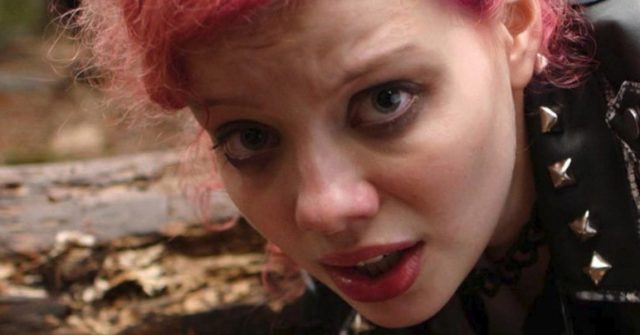 There are some truly crazy-looking movies coming out that might seem a bit insane in various ways but still look like they’ll be awesome enough to go and see. After all the insane movies are usually the ones that offer something interesting that we might not have seen yet, or in a while at least, so it’s fair to say that they might be the ones that we need to pay a little more attention to. Some of them will be coming out soon, while others won’t be coming out for at least another couple of months, meaning we’ll have to wait with baited anticipation to see how crazy they really get.

Sometimes insane is the best way to go.

Think about what this woman had to go through in order to get her story published and to convince people that as a woman it was possible to come up with something this dark and in some cases taboo. Plus think about the kind of thoughts that had to be going through Shelley’s mind at this time in her life to actually conceive of the madness that she wrote down and the mindset she had to have in order to dream up Frankenstein.

Hotel Artemis is more or less a hospital for criminals that operates under very strict rules. When a jewel thief and his wounded partner check into the ‘hotel’ however there will no doubt be some rules broken when the other guests find out just what he and his partner are holding. The gloves are no doubt going to be off when it comes to the other guests getting along in this promising thriller.

3. Sicario: Day of the Soldado

Think back to how nuts the first film was and then expand upon that as the rules are just about out the window when it comes to getting revenge and making sure that both sides know just how far this task force will go to keep the peace. Benecio del Toro is back in his same role to dispense some justice in the old fashioned way once again as he goes on another controlled killing spree in the name of vengeance as well as justice.

At last we get to see how the Purge started out. Everyone that’s watched the film thus far already knows how it started and why it was began, but no one has seen the fallout from the first few moments yet. The Purge has become something of a social fear since there’s no telling with the current government just how likely it would or wouldn’t be in the coming years. Of course any movie having to do with government and their plans for the rest of America leaves some people kind of edgy.

This film looks insane for a couple of reasons. One is the sheer size of the shark that’s being shown, and the other is the logic of where it’s been for so long if it’s been alive all this time. Of course that might be explained in the movie so it’s easy to forgive since it looks like it might be worth going to see.

There’s going to be no shortage of insane movies coming out in the next several months.