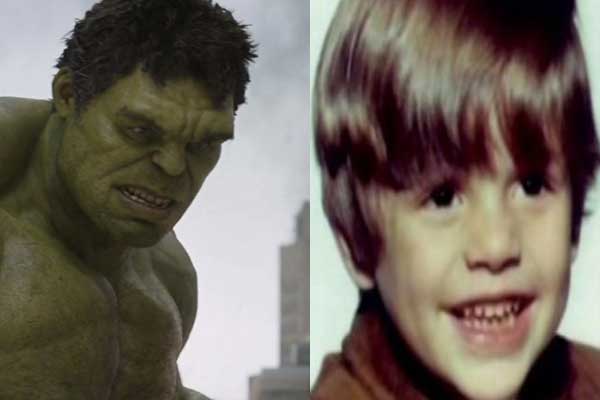 Sometimes replacing an actor for a sequel can be a big improvement. There comes a time when an actor has to be replaced for a sequel for one reason or another. To some fans it’s intensely irritating since the replacement might look nothing like the person that did the previous film, or the acting quality goes way down. At other times however the replacement is such a good thing that one can almost forget the previous actor and focus instead on the current rendition and how it works so well. There’s no doubt that some people would much rather keep the original actors in some cases, but it could be that the actors didn’t want to return to the same film, they might have had other obligations, or they were in it to do a one and done kind of thing. There’s no real way to tell what’s going to happen when it comes to a sequel, but replacements an be a lot better than the original actors in some cases.

The Hulk is just one good example.

This one was more the choice of Wells than anyone else. She’d been dealing with a serious illness in the family and had no designs of reprising her role for the film. This is one of the few instances in which the replacement was not that much of an issue to the actors, though fans of course were livid and greatly confused by the switch. The unfortunate part about being a fan however is that you really have no say in what happens as it pertains to the movie.

This one had a lot to do with money. Robert Downey Jr. was paid a huge amount to play Tony Stark/Iron Man, and Terrence Howard was paid very little in comparison. To even consider coming back for the sequel Howard wanted to get paid more, but the studio and Downey Jr. weren’t willing to consider it so Howard split. Don Cheadle came in at that point and has been there since.

Weisz kind of dodged a bullet on this one. She had her own reasons for not coming back and while no one knows them for certain they do reckon that she made one of the best decisions of her life. The Mummy: Tomb of the Dragon Emperor, was easily one of the worst movies ever made, even if it had a decent plot and premise.

There’s a couple of possible reasons why Foster didn’t return for Hannibal when everyone else did. She didn’t like the script, that’s one reason. The other is that she was shooting another movie at the time and couldn’t be pulled away. Whichever reason a person likes to believe doesn’t really matter since she refused to comment on the movie after watching it.

This had a lot to do with the direction that the MCU was going with the Hulk and what Norton perceived as a character that he’d be locked into if he stuck around. He wanted more diversity in his career and so bowed out when it came time for The Avengers. A lot of fans weren’t that sorry to see him go since Ruffalo seems to exemplify Bruce Banner in a much more successful way.

So yes, replacement actors have in fact been better than their original counterparts.