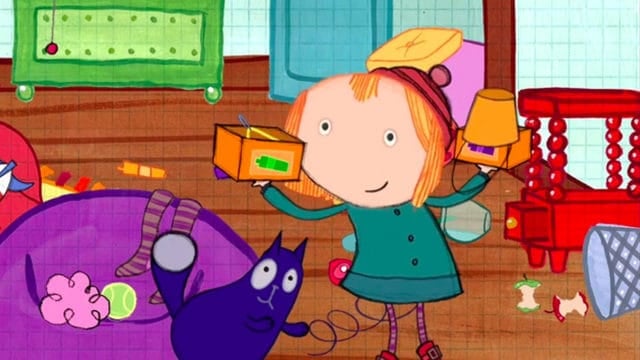 Peg + Cat is a Canadian/American TV show that was devised for kids that need help with math problems. It’s goal is to teach kids just how to solve various problems through many different methods while taking imaginative adventures so as to keep the entertainment level valid and engaging enough to watch. If you don’t know about it then there’s a good chance you either don’t have kids or, like so many other parents, have trouble keeping up with just how many educational shows there really are on TV. PBS is where this show is featured and as a rule it seems PBS tends to draw a good chunk of the population towards its programs while other prefer to look elsewhere for their educational shows. It’s a matter of personal preference really but Peg + Cat has gotten good reviews.

It might be worth a watch just to see how your kids react.

So quite honestly it’s been around for longer than some might think. It’s not a new idea and has been in production for a little while. It’s not an old show by any means but it has at least gotten one season under its belt and obviously people liked it well enough that PBS decided to bring it back. That’s the wonderful thing about educational shows, there’s no shortage of them or lack of demand.

4. It’s based on the book “The Chicken Problem”.

This is the book that basically got Cat + Peg on the air. It of course has to do with chickens, but also has a lot to do with math. It was created to help young kids with problems in math by making the subject more engaging and a lot more fun as they attempt to learn and solve the problems in a way that helps them to understand and yet still enjoy themselves.

3. It deals with math problems and teaching kids in the 3-5 year old category.

Math is a very important skill no matter how many people want to deny it. Every day we do manage to use some math whether we realize it or not, so learning the basics and understanding them is something that we need to teach young children in order to show them that math might be difficult but it can be fun and practical as well.  If you don’t learn the basics then the harder stuff is almost impossible.

The show features a host of different characters that add to the story and in many ways either help Peg and Cat out or make their lives just a little harder with good intentions. In any case there are a wide number of individuals and groups that join the adventures and make the show a little more interesting.

1.  It’s currently in its second season.

Like I said above, it would seem that PBS felt that this program was so effective and well-liked that they opted to bring it back for a second season, which it is currently in now. If the second season does as well as the first it might be feasible to keep it going.

Kids love cartoons, which makes it great to use them as a vehicle for learning.