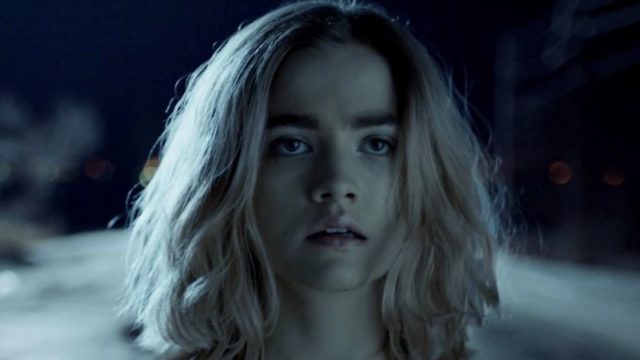 Maddie Hasson’s career seems to have been something like a whirlwind that has catapulted her into stardom in what appears to be a very short amount of time. She’s come on the scene in such a way that she hasn’t had a lot of time to slow down but has seemed to fully enjoy her time and is now making a bigger push with her career. As of now she is beginning to shine even brighter as she takes on more and more roles that are beginning to push her further into the public eye.

Eventually she might very well be the next big sensation.

5. She started dancing at the age of seven.

More and more people are starting out young these days and in some cases it seems to work since it gets them into a position in which they might be noticed by those in the industry or can earn their way in a little easier. Maddie has been adamant it seems about her desire to act and has been pushing for it for a while now with the support of her parents.

4. She won a scholarship to Broadway Dance Theater in New York City.

This is at least one of the goals of those who wish to make their way to success and she was fortunate that the right people were paying attention when she was performing. From that point on it was kind of obvious that she wanted to continue her pursuit of a career that would take her higher and higher as she aspired to become an actor. The scholarship no doubt went a long way towards helping her to achieve her goal.

3. Her parents gave her one month to do auditions in LA.

This is also something that’s very heartening when you think about it, that her parents would give her so much time in which to make auditions so that she could get her foot in the door. They gladly supported her but also wanted Maddie to think about her education. The ultimatum was that she had a month to do auditions but if she didn’t find a role then she would return home and continue her education. That seems very fair.

Being as she did find a way to get her foot in the door she began to split her time between North Carolina and Los Angeles. That’s one rough commute though and wouldn’t be amenable to a continuing high school career, so she opted to take what she needed online in order to finish her education. That’s inspiring really that she managed to finish her education and therefore make herself just a little more valuable on down the line.

1. She’ll be starring in the TV show Impulse.

The show is supposed to be picking up where the ill-fated movie Jumper left off, as she plays the child of a Jumper. She’s lonely, withdrawn, and sticks to herself mostly, but eventually she figures out that she has the ability to teleport.

It should be an interesting show.