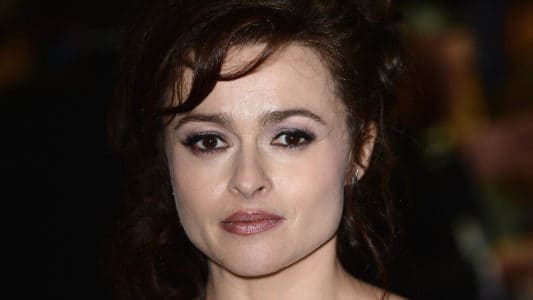 Helena Bonham Carter is an underrated gem of an actress who is deserving of all the accolades and attention. The English actress first rose to fame in the 1980’s, and has showed no signs of slowing down ever since. Her flourishing career started out with iconic period dramas until these progressed to a mix of independent films and box office hits. She found her footing in the industry at a young age, and this allowed her to explore diverse roles throughout her career. This exploration proved to be so beneficial, as it allowed Bonham Carter to bloom into a prolific actress who knew how to masterfully tackle each performance head-on. Apart from her insane acting abilities, Bonham Carter is also known to be a style icon. One whose eccentric fashion sense and quirkiness made her all the more unique and lovable. She is unafraid to go out of her comfort zone and just be her true self every time— a trait not often seen in Hollywood. Every project, interview, and red carpet appearance continues to keep us guessing, and we look forward to seeing what else she has in store for her fans. Here are five reasons why Helena Bonham Carter is worthy of an Oscar:

5. Her versatility knows no bounds

Bonham Carter does not limit herself to portraying convenient characters. She may have been in the entertainment industry for more than three decades now, but this does not stop her from challenging herself and taking on different roles every time. We love her onscreen collaborations with her ex-husband and critically acclaimed director, Tim Burton, such as Corpse Bride, Charlie and the Chocolate Factory, and Alice in Wonderland, to name a few. At the same time, we also look forward to seeing her in more mainstream projects just like the times she starred in Fight Club and The Harry Potter film franchise. It’s an ever-growing repertoire that we don’t want to end.

4. She portrays real-life characters with a passion

It’s often difficult to take on biopics and portray real people. A true artist will know that imitation is not a form of flattery when it comes to acting. The cinema greats have taught us that capturing the essence of the person he/she is portraying would be the way to do it. Bonham Carter seems to have mastered all aspects of portraying a real person, who played an important role in history. She portrayed the character of Queen Elizabeth The Queen Mother in the King’s Speech alongside Colin Firth (Kingsman: The Secret Service), as well as the role of Princess Margaret in the hit Netflix series, The Crown. It might have been purely coincidental for both roles to be that of important figureheads in the Royal Family. Guess it’s another reason why Bonham Carter should rightfully be proclaimed as part of Hollywood royalty.

3. She takes method acting to another level

It’s evident how Bonham Carter fully immerses into the characters she portrays. She goes through bouts of intense method acting as a way of preparing for a new role, and studies each character to a T. This attention to detail is amazing, and the effort she puts into each opportunity seems to pay off every time. Having a talent for acting is not enough. Actors must be passionate enough to constantly find ways to improve on his/her craft. Bonham Carter once mentioned in an interview that her advice when it comes to acting is not to waste too much of today on yesterday. This forward-thinking attitude proves to be highly-effective, as dwelling too much on the past will only do you more harm than good.

2. She can belt out a solid tune

Is there anything Bonham Carter can’t do? Aside from knocking the ball out of the park when it comes to acting, she can also carry a tune very well. We have seen her perform in movies like Sweeney Todd: The Demon Barber of Fleet Street and the film adaptation of Les Misérables. Her eccentricity shines through each performance and her creativity is displayed even more with every song and dance number. It’s a treat to see her liven up the screen and elevate the roles she plays. We definitely don’t mind seeing more of this in the future.

1. She establishes great chemistry with her co-actors

One of the actors whom Bonham Carter worked with the most in her collaboration with Tim Burton is Johnny Depp (Pirates of the Caribbean). Seeing the duo create onscreen magic is intoxicating, to say the least. The same can be said for the other actors Bonham Carter have worked with, such as Brad Pitt (Once Upon a Time in Hollywood) and Sacha Baron Cohen (Borat). The list just goes on and on. We also witnessed one of the many sides of Bonham Carter when she was casted alongside an all-star female cast on Ocean’s 8. The film promoted women empowerment and showed that a film composed of an all-female cast could also work. Bonham Carter portrayed the role of Rose Weil, a fashion designer who became a new recruit of the heist group. She added a lot of flair to the film and showed that she can also create unmatched chemistry with a group of strong and independent women.