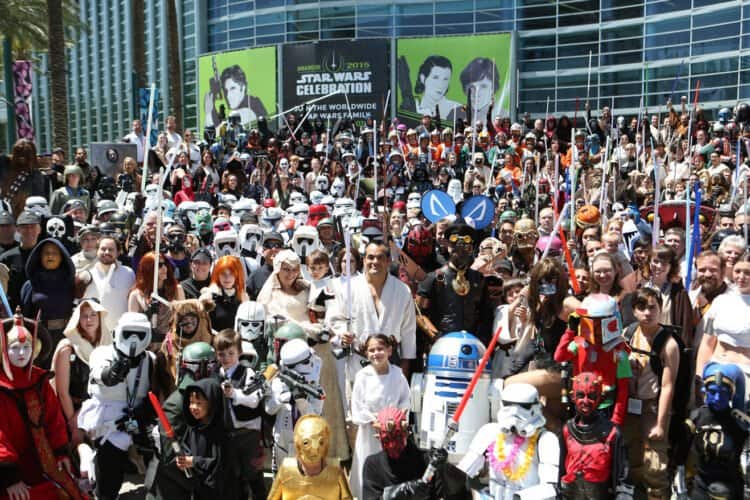 Many fans think they have a good handle on what it takes to run a franchise and to tell a story, but many of them want to focus on anything and everything that they enjoy while criticizing what they don’t like. A lot of times fans will say that things could have been better, they would have done this, or done that, and would have managed to tell a better story because their opinion matters as a fan. I get it, I’ve been there and done it, and it’s very easy to think that your idea might be the best possible course that could have been used as a means of telling the story in a much better manner. But the trick is that being a fan doesn’t mean that a person understands everything about the story. They might understand it in their own manner, and they might think that they could tell it better. But here’s the trick: unless a fan is a storyteller, there’s a good chance that regardless of their opinion, they don’t know enough of what it takes to create a story.  Here are five reasons why fans know best when it comes to entertainment, and five reasons why they don’t.

10. Do: Fans do know when they’re enjoying something.

People do know when they see something they like that it brings them some form of enjoyment and that it tells a story that they either agree with or can at least follow long enough to see if they might be able to take in a perspective that might change their mind about one thing or another. And then, some folks simply enjoy a good tale that can keep them happy for an hour or two.

The fickle nature of fans is well documented at this point since a lot of people will gladly change their minds when it comes to something new, something bigger, better, and something with greater special effects. The comments about CGI effects alone are enough to make a lot of people roll their eyes.

8. Do: It’s not hard to find something to please some of the fans.

Star Wars is a great example of how fans aren’t bound to be satisfied, as are MCU and DCEU fans since everyone has an idea of what needs to happen with the franchise. But the most adamant of them will be convinced that their ideas are the best course.

6. Do: Many fans can tell the difference between good acting and bad acting.

This isn’t too hard since some actors can put everything they have into a role and be completely convincing, while others can try, but will constantly fail to meet the expectations of the fans. In some cases, it might be that the actors aren’t that great, but fans can divine great acting from the worst.

5. Don’t: Too many fans will follow the words of the critics.

Some people will defend the critics of movies and TV simply because, to be fair, they’re doing their job and aren’t necessarily out to ruin a movie’s reputation. But people that will see a movie or show or pass on them due to what the critics say are essentially refusing to make up their own minds.

4. Do: The excitement over one movie or another is usually real.

As frustrating as this can be, the excitement that people feel about some movies is very real, and while some might be a little skeptical, this goes back to fans knowing what they like and what doesn’t appeal to them.

3. Don’t: A lot of fans think they know what it’s like to tell a story.

This could easily sound like egotism, but while telling a story isn’t that difficult, telling a story that people will want to follow is beyond difficult. Too many fans think they can do this simply because they watch their favorite franchises when the truth is that while some might be inspired, not everyone can tell a gripping tale.

2. Do: It’s not tough to tell when a movie is tanking.

Much like bad acting, a poorly written and designed movie isn’t hard to take note of since fans are typically up on what a good movie looks like, what elements need to be present, and what kind of formula makes a great story.

1. Don’t: A lot of people don’t know how much goes into telling a story.

A lot of folks might think that a story just happens, that one can dip into their imagination and become inspired somehow to tell a tale that everyone might like. There’s a lot more to it than that, and from the beginning of a concept to the release of a movie or a TV show, there are many steps that need to be taken into account.  It’s not that fans are dumb and entirely fickle, it’s that too many of them don’t fully understand what goes into their entertainment. Too many are only concerned about the end result and what they think of it.