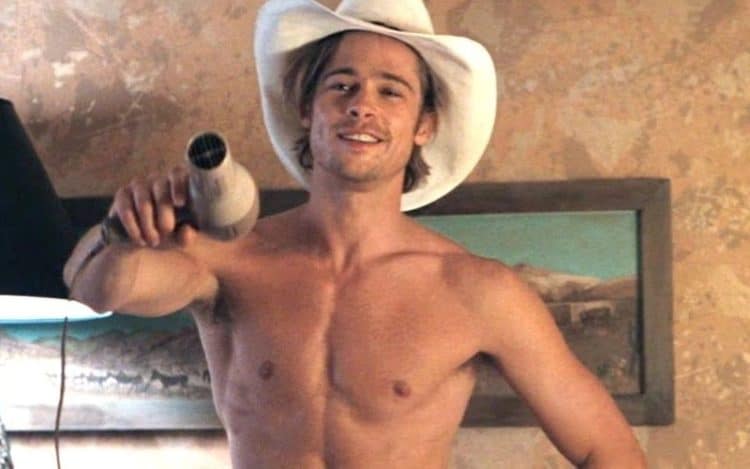 It’s difficult to think that some actors could ever be forgotten, but in the case of some of them, such as Brad Pitt, it could be that he either wasn’t a big name at the time he was starring in one movie or another, or it could be that he was meant to be a more innocuous character and didn’t get as much screen time as the rest of the cast. The latter would mean that the role came after his fame had been firmly established and he didn’t need to show his face in every other scene to let people know who he was. That level of stardom is what a lot of actors aspire to since the ability to be in a movie just once and never have to go back for more is something that makes a person truly famous considering that a brief appearance isn’t much when one really considers how long the average movie is. But Brad Pitt had to earn his way up just like everyone else and he did so by making appearances in movies that some folks don’t remember and he’s maintained it by showing up now and then in movies that people might not have expected him in.

Here are a few movies that people forgot Brad Pitt was in.

He’s probably not too easy to forget in this movie since he kind of played a pivotal role that helped Thelma to figure out how to rob a convenience store. But the fact is that the ladies had been allowed to catch up with him, the drifter would have probably been just as dead as the would-be rapist that went after Thelma, or he’d at least be hurting since taking Louise’s life savings wasn’t exactly a kind move. But a lot of folks tend to remember him in this movie and might only forget him because of the amount of time that’s passed. Otherwise, it’s fair to think that if someone has never seen the movie they might forget any mention of him in it.

Pitt isn’t exactly a throwaway character in this movie but he’s not someone that has all the focus on him either. As a business associate that’s in the drug trade, he plays the kind of guy that is well aware of the risks but like many people he plays with fire all the same, metaphorically speaking. But when the deal that was supposed to land the lead character and everyone he was associated with a nice payday is derailed, Pitt’s character attempts to leave town and get out of sight as quickly as he can. Given that many throughout the world would rather mess with a rabid grizzly than the Mexican cartel, it’s not a bad choice. But his character still ends up being killed anyway.

This is another movie where Pitt is kind of the guy to the side, someone that is a peripheral character at best since he plays an expert but retired trader that helps a couple of other individuals in the movie. The movie is one that people kind of need to have at least a minimum amount of knowledge concerning the housing market crash well over a decade ago to fully understand since otherwise a lot of this is going to be numbers and jargon that a lot of folks won’t fully understand. It’s possible to enjoy the movie if one has lived through the events that happened back in 2007 and 2008, but unless a person was paying attention back then it might not make a lot of sense.

For those that didn’t think that Pitt could go full-psychopath, this one is something that proves that even one of the most popular guys in Hollywood has a movie out there that shows just how vicious he can act and how disturbing of a character he can play. Early Grayce is demented without question since the guy will attack someone for almost no reason at all, and isn’t above doing things that would turn the stomach of a lot of people. But as one can guess he’s killed off in the movie so there won’t be any return to see if Pitt can do it again.

It feels fair to say that a lot of people don’t even know about Johnny Suede at this point since the movie came out back in the early 90s and it was obviously not one of Pitt’s best movies of all time. The fact that he played a be-bopping wannabe star with a huge pompadour is something else that a lot of people might not believe since he hasn’t rocked such a look in a long time. But yep, it’s true, Pitt once carried a guitar and obsessed over black suede shoes.

If a person gets big enough there are bound to be movies that people forget them in.

Five Scenes From “Shameless” That Went A Little Too Far

Why Cosima Was The Coolest Character On “Orphan Black”