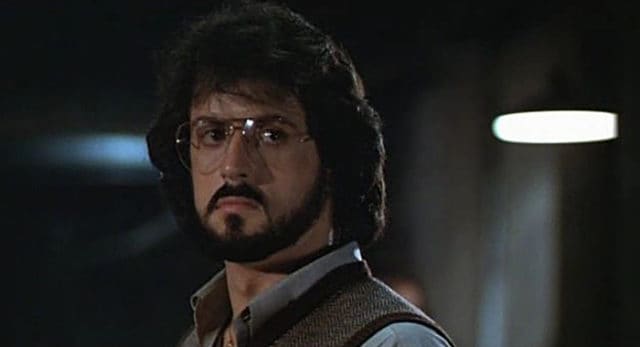 At this point in his career it’s hard to think that you’d ever forget any movie that Sylvester Stallone was in but it does happen. People tend to focus more on the films that are more well known and as a result tend to forget those that came earlier on or were not as great of hits. But Sly has been in a lot of movies, some of which were amazing and didn’t get enough hype and others that were just easy to forget since they weren’t that great, or didn’t cast him in the role that he could become known a later on down the road. Let’s face it, stuff like Rocky, Rambo, Cobra, and other films kind of paved the way for him to be an action hero, as a lot of people like to see him.

There’s more to Stallone than just action though.

There are those that would argue that this is the funniest movie that Stallone has ever appeared in since it has a wide array of stars and a lot of backup that in some cases he didn’t really need. Playing Angelo “Snaps” Provolone he’s a guy trying to go legit due to his father’s dying wish. The only problem is that a life of crime is really all he’s good at and when he tries to go legit no one takes him seriously.

Imagine being dumped into a prison that has no discernible way out and isn’t part of the job description. When your job is to learn how to break out of prisons there’s definitely a certain amount of risk that you’d have to take on in order to make things work properly. But when one of his partners double-crosses him Stallone has to find a way out of the worst prison ever devised, and with the help of a guy that he just can’t stand.

Weaver is obviously a soldier but he’s also a big softie when it comes to his buddy Zee. The big soldier ant is so convinced of his place in life that he doesn’t even seem to get that digging is supposed to be hard work. But then to a soldier it seems like working in the regular, everyday life of an average citizen might be a thing of ease. Honestly he’s there for a good reason, but more or less he’s just a support beam for Zee to lean against.

2. The Lords of Flatbush

Stanley isn’t much to think about but at least he’s got the stones to marry his girlfriend when she claims to be pregnant. Of course it’s even more suspect when she tells him she’s not pregnant, but more honorable that he still goes through with it. This has to be one of the tamest gang films ever produced since the Lord of Flatbush are just that, a gang. The only difference is that they don’t start trouble most often, they just handle it.

Stallone is still awesome no matter what he does.