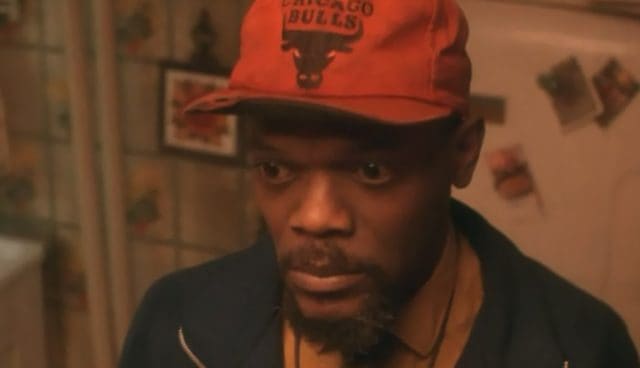 It’s hard to believe that it could happen, but there are roles that Samuel L. Jackson has played in that people seemed to have forgotten. It’s kind of easy to forgive since he’s played so many different people throughout the years that a few of them were bound to get lost in the mix. But some of them were so great that you have to wonder why they don’t stand out more than they do, while others were kind of there and gone and that’s pretty much why people forget that he was ever there in the first place. Even as a bit-player though he’s pretty memorable.

He could have a cameo for a couple of seconds and be memorable.

A lot of people would tell you that there’s no way that Jackson was in this film, but if you go to the credits and then find this scene you’ll be able to tell them that they’re absolutely wrong. You don’t get to see a lot of him since he’s not one of the primary stars but he’s there all the same. Stacks is unfortunately one of the guys that just doesn’t get a whole lot of screen