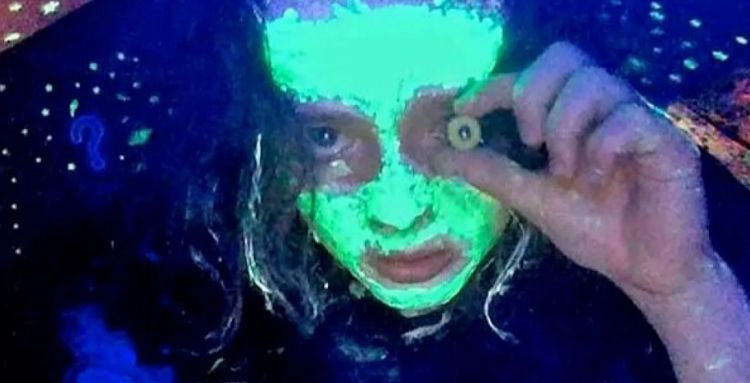 The American coming-of-age horror drama film We’re All Going to the World’s Fair, directed and written by Jane Schoenbrun and starring Anna Cobb and Michael J. Rogers, gives us a new take on the horror genre. The plot centers on teenage Casey who joins an online horror game World’s Fair Challenge. As she takes on the challenge, she logs her everyday experiences online but as the challenges progress, she has difficulty discerning what is real. The film received relatively positive reviews so far and in a review published by Variety, they described the film’s cinematography and wrote, “With its liberal use of webcam perspective, smartphone shooting and the recurring, near-hypnotic motif of a humble buffering wheel, “We’re All Going to the World’s Fair” is a work of cinema that has nonetheless been slyly conceived for the small screens on which baby-faced teen Casey (promising newcomer Anna Cobb) spends most of her waking hours.” If you enjoyed the eeriness of the film and was entertained with this kind of genre here are five movies that involve games or challenges and interesting twists in the plot.

Just like the film We’re All Going to the World’s Fair, the 2016 American techno-thriller adventure film Nerve also involves an online game. The film is directed by Henry Joost and Ariel Schulman and written by Jessica Sharzer, based on the 2012 novel of the same name by Jeanne Ryan and stars Emma Roberts, Dave Franco and Juliette Lewis. The film follows high school senior Vee who decides to try an online game that challenges its players to do dares and earn money in exchange for completing the dares. As the game progresses, however, the dares become more dangerous putting Vee in a very difficult situation. The film received relatively positive reviews and in an article by The Guardian, they wrote “Audiences must keep their guards up because the first two-thirds of this movie are such giddy, delirious fun one might run the risk of falling for its absolutely asinine third act. Luckily, the pros slightly edge out the cons to make this perils-of-the-dark-web story appealing, and potentially a breakout success for the junior high set.”

Another horror film falling under a similar genre is Netflix’s newly released British horror thriller film Choose or Die directed by Toby Meakins in his feature directorial debut starring Asa Butterfield, Iola Evans, Eddie Marsan, and Robert Englund. The film follows two friends who play a mysterious 1980s survival com[uter game in an attempt to win an unclaimed $100,000 cash prize. But things take a sinister turn when they learn their life is at risk in completing the game. The film has received mixed reviews so far and in a review published by Indie Wire they wrote about the film possibly attractions younger viewers saying, “Choose or Die” is a perfect entry point into genre for younger viewers, one that will also satisfy old school diehards even as it takes some pointed (perhaps deserved?) jabs at them. Variety on the other hand praised Evans for her performance and wrote, “Relative newcomer Evans carries the film with more conviction than it merits, her mix of streetwise toughness and increasing distress rather miraculously managing not to grow silly in a story that very much does.”

Unlike the film We’re All Going to the World’s Fair, which centers on the player’s perspective, Netflix’s interactive film Black Mirror: Bandersnatch centers on the creator’s perspective. The film is written by Black Mirror series creator Charlie Brooker and directed by David Slade. The film is set in the 1980s and follows Stefan Butler, a young programmer who tries to adapt a gamebook into a video game. What makes the film unique is its interactive feature which lets viewers make decisions for the main character. The film stars Fionn Whitehead, Asim Chaudhry, Will Poulter, Craig Parkinson, and Alice Lowe. The film received mixed reviews but garnered numerous awards and nominations, winning Outstanding Television Movie at the Primetime Emmy Awards and earning several nominations including Best Single Drama at the BAFTA Awards and Best Online First/Streaming at the Broadcasting Press Guild Awards. The Guardian published a review of the film and praised the film’s entertainment value saying, “What a rush Bandersnatch provided. What a feat you felt you were witnessing. What an accomplishment in every practical way. Of course, multiple endings and changed narrative courses are not new, but anyone who equates the Choose Your Own Adventure books (or even something closer to the medium’s mark such as Steven Soderbergh’s Mosaic on HBO) with what Brooker and Netflix have pulled off here is reaching.”

The 2019 American psychological horror film Escape Room directed by Adam Robitel with a screenplay by Bragi F. Schut and Maria Melnik is not as creepy as We’re All Going to the World’s Fair but shares a similar plot about participating in a game. The film stars Taylor Russell, Logan Miller, Deborah Ann Woll, Tyler Labine, Nik Dodani, Jay Ellis, and Yorick van Wageningen, and follows six strangers who receive an invitation to participate in a game that involves escape rooms. As the players solve each escape room, they learn that their life depends on solving the puzzles and escaping the rooms. The film received relatively positive reviews and a sequel, Escape Room: Tournament of Champions, was released on July 16, 2021. In a review by Variety, they describe the film by comparing it to the horror franchise Saw saying, “Escape Room,” which is like “Saw” remade as a PG-13 group date, jettisons the torture but keeps the death.” The Guardian also published a review of the film and wrote, “A very cinematic spatial impossibility is conjured up by Robitel as he allows the audience to ponder how exactly these rooms are supposed to fit together. The film has a vicious streak of throwaway black comedy.”

Just like Casey, the main character in the 1997 American thriller film The Game experiences difficulties differentiating reality from the game. The film is directed by David Fincher, starring Michael Douglas, Sean Penn, Deborah Kara Unger, and James Rebhorn, and tells the story of Nicholas Van Orton (Michael Douglas), a wealthy banker who receives a mysterious gift from his estranged brother Conrad (Sean Penn) which involves a customized real-life game. The film is one of the early films to tackle the genre and leaves you craving for answers as the film progresses. In a review by Reelviews they wrote, “Figuring out all the ins and outs of The Game is like piecing together a jigsaw puzzle. We struggle alongside Nick to determine what’s really going on, and, just when we think we have it, something happens to make us doubt our conclusion. The script has its clever moments, and it’s easy to mistake this for a smart movie.”