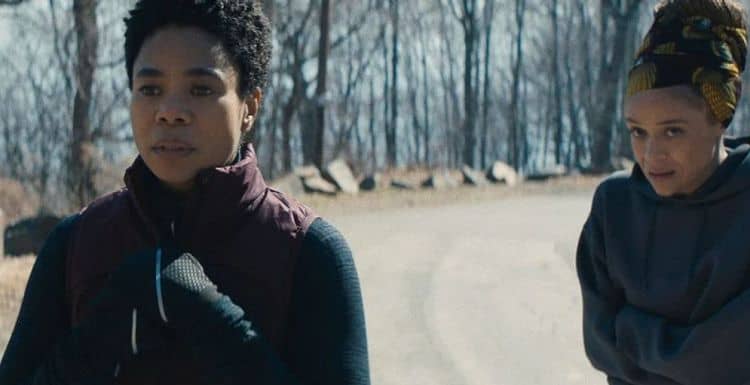 The thriller film Master, written and directed by Mariama Diallo in her directorial debut, premiered on Amazon Prime Video last March 18, 2022. The film stars Regina Hall, Zoe Renee, and Amber Gray. Three women strive to find their place at a prestigious New England university that may disguise something sinister. It centers on the shared experiences of three women in a predominantly white elite university in New England with a sinister history. The Guardian reviewed the film praising the film’s visual elements saying, “Diallo utilizes the visual language of horror – red lighting, empty shower stalls, a gnarled hand that emerges from under the bed – to express the terror of racism and the rot of its legacy.” Los Angeles Times also published a review and commended the film’s take on relevant issues. “It focuses on late-breaking colorism and passing issues, on racial tokenism in academia and the limits of one individual’s power to effect institutional change. These are interesting and knotty topics, treated intelligently and with insight, and along with a subplot about a potential rape and myriad other motifs that go nowhere, they warrant more than the cursory screen time they get here.” The film which tackles social and racial issues and adds supernatural elements was thrilling to watch and if you are looking for other thriller movies with similar themes and tone, here are five other movies to watch when you’re done with Master.

A film that shares similar racial themes with Master without the supernatural elements is the 2017 American horror film Get Out, written and directed by Jordan Peele in his directorial debut. It stars Daniel Kaluuya, Allison Williams, Bradley Whitford, Caleb Landry Jones, Stephen Root, and Catherine Keener. The film follows Chris who meets the parents of his girlfriend, Rose Armitage for the first time. Rose has not told her parents that Chris was black and this made Chris quite nervous and uncomfortable. Her family however shower him with a warm welcome but things change when he makes a shocking discovery. Get Out received critical acclaim from critics and viewers. Variety published a review of the film and wrote, “Blending race-savvy satire with horror to especially potent effect, this bombshell social critique from first-time director Jordan Peele proves positively fearless — which is not at all the same thing as scareless.” Jordan Peele won the Academy Award for Best Original Screenplay at the 90th Academy Awards, as well as nominations for Best Picture, Best Director, and Best Actor (Kaluuya). The film also earned five nominations at the 23rd Critics’ Choice Awards, two at the 75th Golden Globe Awards, and two at the 71st British Academy Film Awards.

If you were drawn to Master’s style of terror and relevant themes, the 2021 slasher film Candyman, directed by Nia DaCosta and written by Jordan Peele, Win Rosenfeld, and DaCosta, will be a treat for you. It stars Yahya Abdul-Mateen II, Teyonah Parris, Nathan Stewart-Jarrett, Colman Domingo, and Kyle Kaminsky. Vanessa Williams, Virginia Madsen, and Tony Todd. The film is a sequel to the 1992 film of the same name. Candyman is set in a neighborhood of Cabrini in Chicago known for the urban legend of a killer named the Candyman with a hook for a hand, who can be summoned by repeating his name five times in front of a mirror. The film centers on artist Anthony who delves into these stories as an inspiration for his artwork. However, research surrounding the Candyman costs him his sanity and discovery about his past. The film truly has markers of Peele’s style but in a review by RogerEbert.com, they also praised Da Costa’s great contribution to the film’s overall sinister vibe. “DaCosta’s visual style is a willing accomplice, as is the absolutely disgusting sound mix. She stages the kill scenes with a mix of pitch-black humor, misdirection, and clever framing, fully acknowledging that what you don’t see—or think you saw—can be a lot worse than what you did see.”

Without the supernatural elements, The Purge: Anarchy created by James DeMonaco shares similar themes with the film Master, tackling social issues in the form of a dystopian world in the near future. The Purge: Anarchy is the second film from the anthology media franchise with the central theme of “The Purge”, an annual national holiday where any crime is allowed for a 12-hour period. The Purge Anarchy centers on three groups of people who cross paths during Purge night and how they navigate the chaotic night and try to survive the best they can. Hollywood Reporter published a review of the film and wrote “Expanding the parameters of the low-budget original by taking the action literally out into the streets, The Purge: Anarchy efficiently exploits its high-concept premise while delivering far more visceral thrills than its predecessor. Like it or not, a new franchise seems to have been born.

We can all agree that watching Master gives us a similar vibe to Jordan Peele films and his 2019 horror film Us starring Lupita Nyong’o, Winston Duke, Elisabeth Moss, and Tim Heidecker is a must-watch for this genre. The New Yorker describes the film saying, “It’s a movie that, true to its genre, is plotted with hair-trigger mechanisms that tweak suspense with surprises—intellectual ones along with dramatic and sensory ones.” The film follows Adelaide Wilson who is haunted by a traumatic experience as she returns to her hometown with her family. Her family’s peace and quiet come to a stop when their home is invaded by masked individuals who turn out to be their doppelgangers. The film received critical acclaim and received significant praise for Peele’s screenplay and direction, Nyong’o’s performance, and Michael Abels’ musical score. In a film review by The New York Times, Nyong’os performance was highlighted as they wrote, “A vibrant, appealing screen presence, Nyong’o brings a tremendous range and depth of feeling to both characters, who she individualizes with such clarity and lapidary detail that they aren’t just distinct beings; they feel as if they were being inhabited by different actors.”

The 2021 British psychological horror film Last Night in Soho, directed by Edgar Wright from a screenplay by Wright and Krysty Wilson-Cairns, also features a story of shared experience and uncovering the truth about the past, similar to Master. It stars Thomasin McKenzie, Anya Taylor-Joy, Matt Smith, Michael Ajao, Terence Stamp and Diana Rigg. The film follows aspiring fashion designer Eloise who moves to London to study. As she moves to a boarding house in Soho, she travels back in time in the 60s through her dreams. In her dream, she meets the beautiful Sandie who aspires to be a singer and vicariously lives her life through the recurrent dreams. This mysterious experience of hers however blurs the line between reality and nightmare. The film received generally positive reviews and was nominated for two BAFTA Film Awards, including Outstanding British Film and Best Sound. The Independent UK praised Wright and Taylor Joy’s performance as Sandie and wrote, “Taylor-Joy (the chess prodigy from The Queen’s Gambit) is perfect for her role. She oozes charisma and star quality. Her performance of “Downtown” is spine-tingling. Wright captures both the exhilaration of the era and its darker, seedier side: the misogyny and sexual violence.”