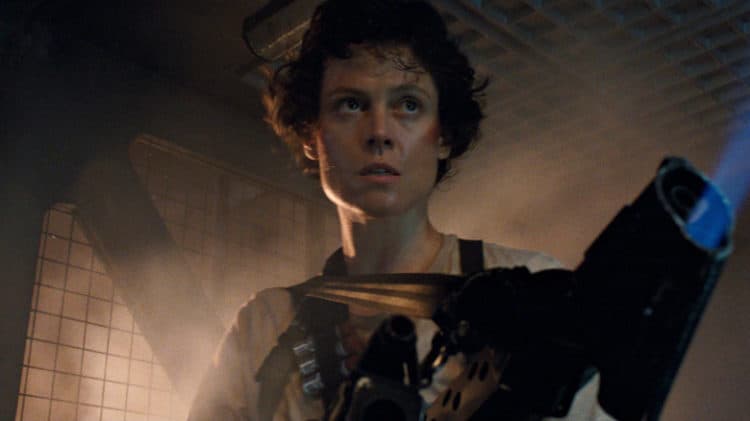 Plenty of heroes eventually stand up in the movies to fight the antagonist, but some do so when no one else will, and do so in a manner that makes it feel like they have reached their wit’s end and have no other option other than to just stand up and have a head to head match with the boss-level villain. These fights tend to get down and dirty at times since they become the epitome of the movie, meaning that this is the final confrontation when it’s no-holds-barred and both the protagonist and the antagonist are all in. This kind of matchup, where one opponent isn’t going to have anything left by the end, is the kind of fight that a lot of people tend to like since it leaves no doubt about who has the stronger will and the ability to finally show why they’re the stronger fighter. Some of these matches might feel as though they should have gone the other way, but in a fight to the finish, it’s usually established that it’s the individual who’s willing to die that has a better chance of walking away.  Here are a few scenes where the protagonist went head to head with the villain.

Living in the far north where few would ever think to settle sounds like an introvert’s paradise since it means that there are fewer people to deal with. Unfortunately, it also means that the vampires that came to Barrow to seek an easy meal had little to no opposition when it came to taking over the town as they fed at will. While Eben and the few people that remained try to survive following the attack, he finally realizes that drastic action is needed to make certain that the creatures know how far he’s willing to go to save his people. The fight between Eben and Marlow is brutal, but it’s kind of obvious that Marlow doesn’t take it seriously enough as he has nothing but disdain for humans. As it’s been proven in a lot of movies, that’s one mistake that ends up spelling the end for many villains.

So yes, this movie was kind of ridiculous in its premise, but from the view of a younger individual, it was pretty cool since Jean Claude Van Damme was still very popular at this time. As Luc Deveraux, he was one of the UniSols that had been revived long after their deaths in Vietnam to become the perfect soldiers. Unfortunately, as their memories started to return and override their programming, Luc and his CO, Andrew Scott, played by Dolph Lundgren, picked up the feud they’d engaged in before their death. Despite the thrashing that Scott gives Luc initially, Luc makes a comeback and begins to give as good as he gets. It’s the type of fight scene that’s better when one first watches it, but that time is enough to commit it to memory as a worthy addition.

The idea that Rocky fought for money and fame wasn’t entirely accurate since the first moment he had money is when he showed that he didn’t understand the real value of it, as he went and purchased whatever he wanted with wild abandon. The difference between Rocky and Tommy is that Tommy was ready to become famous, while Rocky was just happy to be able to take care of those he cared about. Thanks to his greed, however, Tommy picked a fight with an old dog that had, at one time, been a street thug as well. The line ‘My ring’s outside’ should have been enough of a warning, but to a glory-drunk fighter that thought he had Rocky figured out, that warning no doubt felt like the bark of an old dog waiting to be put down. As the fight in this movie shows, being older doesn’t mean much.

After losing each of his men to something he couldn’t even see, it’s fair to think that Dutch felt a certain way about this and was righteously pissed off. But it’s also fair to say that once he was forced to run after being knocked around by the creature he realized that going head to head wasn’t a great idea. All the same, he still managed to outsmart the creature since his tactical skills were every bit as strong as the predators. This is one of those movies that proves that when humanity faces off an alien force we’re bound to be horribly outmatched. But when it comes to being unpredictable, humans still have a slight edge.

People still talk about this scene since Ripley had already been through so much when it came to the xenomorphs. She’d had to endure the loss of the Nostromo crew, she’d had to endure the loss of the Marines who were sent to check on LV-426, and she had a young girl to care for as she sought a way to combat the xenomorph queen, the deadliest enemy she’d encountered yet. And thankfully she did it, strapping herself into a loader and initiating one of the greatest cinematic fights of all time.  Sometimes you’ve got to knuckle up and face the bad guy.